This chapter contains the standard information of this class pertaining to scheduling and class contents. The General Information should be sufficient to create a proper class topic for scheduling on the Eve University forum. Additional information relevant to the teacher is listed under Notes for the Teacher.

This class provides an overview of all Tech I Minmatar spacecraft, with guidelines for how to fly them well. This should be helpful for all aspiring Minmatar pilots but also for anyone who simply wants to know about the strengths and weaknesses of Minmatar ships.

Additional information: This class is primarily lecture delivered in the Chat.E-UNI channel in Mumble, followed by Q&A.

If there are questions about Tech II ships or fitting options, I'd be happy to talk about those after the class, but the focus will be on Tech I ships and the basics.

Notes for the Teacher

Keep the lecture moving forward briskly - there is a lot of content to cover here, and it's easy to go over two hours if your pace is slow.

It may save you time if you can find a volunteer to link ships as you mention them.

Try to avoid too detailed ship fitting questions, as there are a lot of good fittings for several task around and it will stretch the class even further. If you go into a specific ship fitting also mention the purpose of the fit.

Suggested breaks could be after frigates, then cruisers and BCs and BS together with the skill section.

If there is time you can touch on the subject of T2 ships, perhaps in the Q&A session afterwards. The T2 frigates may be particularly worth covering, since they're both the T2 ships new players most commonly fly first, and an especially strong part of the Minmatar T2 lineup.

Welcome to this class on Minmatar ships!

Over the couple of hours, we will cover:

(Instructor should then introduce himself or herself - covering relevant experience level and background.)

We have a few ground rules for this class:

So what makes Minmatar ships distinctive?

Most Minmatar ships use projectile guns as their primary weapon. They're unlike other turrets: 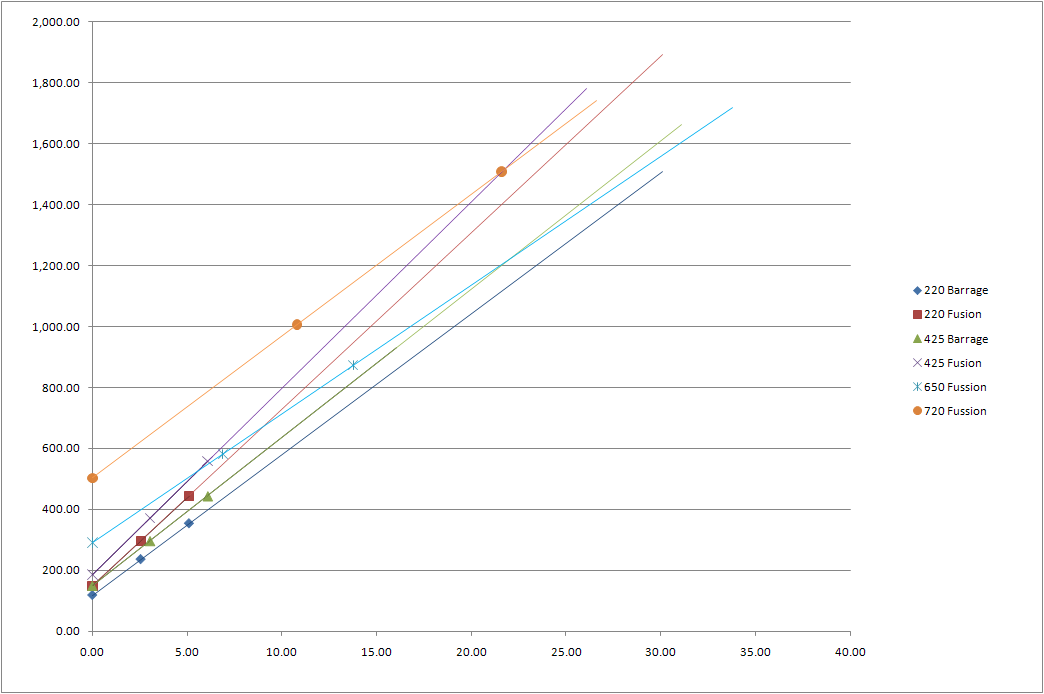 The best Minmatar frigates are very popular. The high speed and agility that come with being Minmatar enhance the natural strength of all frigate hulls -- being small, fast targets.

Each race has two destroyers. Destroyers are anti-frigate ships which are a little bit larger than frigates. They use the same small-sized weapons and modules but they can fit a lot more turrets than frigates.

The Minmatar have 2 combat cruisers, a logi cruiser, and an EWAR cruiser. This is the point where Minmatar ships start to have meaningful drone bays, and you'll want to invest in some drone skills to use that space. You'll need Drones V and Scout Drone Operation I to launch the full five-drone flights that all 4 cruisers can carry.

Battlecruisers are ideal ships for Level 3 missions, and they're also very useful and versatile PvP ships. They're cheaper and much easier to skill for than battleships (since they use the same medium-sized guns that cruisers use).

Minmatar battleships used to have a poor reputation, unlike many of the sub-battleship classes where Minmatar are very popular. The projectile rebalancing and the specific buff to the Typhoon in the Dominion expansion in the autumn of 2009 went some way to redress this, and Minmatar battleships are now very viable.

A battleship is an expensive loss for a new pilot. Try not to take one into PvE or PvP combat until you're confident you have a good tank, decent drone skills and good enough gunnery/missile skills to extract more DPS from the ship than you would from a battlecruiser.

T1 industrial ships are good for hauling large quantities of low value stuff (like ore) around, but they're incapable of mounting tough tanks and so are quite easily killed.

There are three Minmatar industrials, and they each have per-level bonuses to speed and cargo capacity.

Especially for Minmatar pilots, skills are the gap filler between a sup-par boat and one that can match or even outperform other races' boats. As can be seen by the ship discussion almost all Minmatar boats have "utility" slots for "something else" and this "something else" is actually what will be your wildcard. Since these utility slots are just a few, it is essential to have especially these operating at their maximum possible effect to top the balance of a fight into your favour.

Of course, you can’t fly anything without the essential ship command skills, and you should train each to at least level IV – or to Level V if you intend to specialize in that type, or if you want to fly advanced Tech 2 ship variants of each class.

A ship can be only as good as the modules you can fit on it, and to do that, you need strong fitting skills.

Essential fitting skills that should be trained to Level V (and this goes for pilots of all races) are:

By the way, an excellent utility for helping you outfit your ship is the Eve Fitting Tool, or EFT, a free software application designed for optimizing your ship configuration – if you don’t have EFT, download it today

Minmatar pilots don't depend on capacitor power as much as other races do, but it's still very important, especially for active armor tanks, for running propulsion modules and for capacitor warfare.

These are all the skills you need to optimize the size, recharge rate and efficiency of your capacitor:

These are essential skills. It's a crime not to maximise the natural Minmatar advantages of speed and agility. Even if you stick to the bigger ships, having a more agile/quicker than expected battleship can save your life.

If you are going to pilot Minmatar ships into battle, you must master projectile turrets – and there are a lot of skills required to do so.

To maximize your damage dealing effectiveness from your guns, train the following to Level IV or higher:

You should also train these gunnery skills to IV or better:

Remember that you can ignore Controlled Bursts: it helps reduce your guns' capacitor requirements, but projectile turrets don't require any capacitor in the first place!

In the medium term Minmatar pilots should look towards training T2 guns for more DPS and, in the case of autocannon, an extra tactical option with T2 Barrage ammo.

If you fly any Minmatar ship bigger than a frigate you will want drone skills. To be most effective, you will need to get Tech II drones, which means investing even more time and effort in drone skill development. T2 light drones are a great help in Level 4 missions, where they make short work of frigates which scramble your valuable battleship, stopping you from warping out if the mission goes wrong.

If you plan to fly the skill-intensive Typhoon you will want T1 heavy drones, and good drone support skills -- and T2 heavy drones in the long term.

Train these skills to level V:

You should also develop the following skills to level IV:

To get Tech 2 drones, you’ll need some of the four racial 'Drone Specialization' skills. Minmatar and Gallente are the most important:

ECM drones can be a useful tool if you're flying solo or in a small gang with no dedicated ECM ship. To use them you'll need to train:

As always with Eve, there are yet more skills we don't have time to cover: