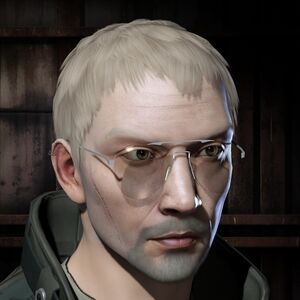 My History in New Eden

I arrived in Pator Tech School station in Ryddington in the Metropolis region on 2014 July 03 then soon after moved on to Embod for the Career Missions. Sometime during my stay in Embod, I applied for EVE University and was accepted on 2014 July 25. I went and dropped a clone off in Aldrat which was the Headquarters for the Uni at that time but remained down around the Ryddington doing a lot of mining in my little Venture.

As soon as I had my Freshman title, I applied to join the Amarr Mining Campus and left a clone behind in my little mining area in Metropolis and left for the AMC. Within the week, I went out on my first shared can fleet in my Venture, and made enough ISK to buy a Covetor from the campus. Making more ISK from subsequent SCs, I bought a Retriever and started doing a lot of Bring Your Own Can mining in the local systems as well as taking my Covetor out on as many SCs as I could get to.

I started a second account to train an alt for hauling and mining and another alt for mining and eventually for piloting an Orca. Soon I was mining with two or three barges at the same time upping my ISK making substantially. I FCed a few SCs including helping with a couple of the 24 hour SCs sponsored by AMC. Once I had the Orca pilot trained up, I split him off to a separate account as well.

I've just returned to the University (2019 May) after sometime a way and am now focusing on flying with fleets and perhaps some solo PvP.

Most of my industry is located near E-Uni's Headquarters, but I also do a lot in the Amarr area. I still have a bse in Minmatar space, but I don't do as much there as I did when I first joined the UNI and the Uni HQ was still at Aldrat.

Teaching is the roots to the tree that EVE University has become. The Teaching Department organizes classes, keeps archives of recordings and syllabi, supports the teachers who develop and give lectures on EVE University's public Mumble channel.

The UniWiki is the famous wiki recognized and recommended by many of the corporations throughout EVE.

I am a retired Manager for the Orientation Department. The current manager is Jameson Bolmara. The Orientation Officers are here to help new members to EVE University find their way around the Uni and New Eden. They're here to answer your Questions, to help point you in the Right Directions, and to help you get to the Point Where You Want To Be (both figuratively and literally--or is it virtually?)