The three types of gas are both found in cosmic signatures which need to be probe scanned down in order to harvest.

Mykoserocin is used to produce synth variation of combat boosters, and neurolink enhancers, which are part of faction and capital ship production chain. Nebulae with Mykoserocin can be found in high, low and null security space. All of them reside in non-deadspace areas and are not guarded by NPCs.

Please note that list of locations where each Nebula site spawns is not exhaustive. It was expanded and new data is still being added.

Cytoserocin is used to produce stronger variations of combat boosters. It is used in neurolink enhancers' production just like Mykoserocin, but amounts needed for that are much more modest. Unlike most exploration sites, nebulae are not randomly distributed throughout space. Each flavor of gas will be concentrated in one constellation of one region, and some regions will never have a cytoserocin nebula appear.

Majority of Cytoserocin nebulae are unstable. Every time a Gas Cloud Harvester finishes its cycle there is a chance that the cloud will "explode", dealing some damage to your ship. For exact numbers and damage types refer to the table below. There, each row represents an individual possibility. Bear in mind that damage area seems to be defined separately from gas cloud area. Depending on nebula type, damage area center might not coincide with the gas cloud center, and damage radius might be bigger or smaller than the cloud's radius as well. 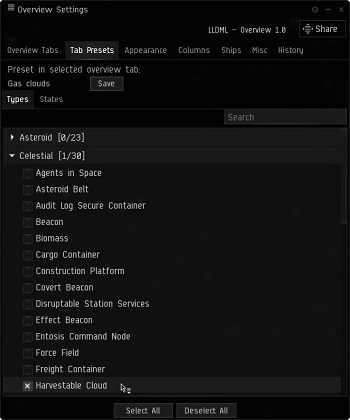