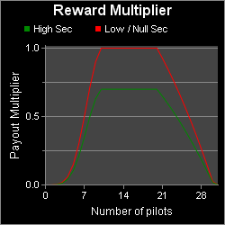 This site can be very changeable, because some groups in the initial wave do not always spawn immediately, and can show up a fixed time later or in response to other ships being destroyed. Also, ships orbit at ranges of 20k, 30k, 40k, 60k and 100k, meaning different fit brawlers will only be able to hit some enemies and may need to wait for the snipers to finish to lend support on the further out ships (Mara Paleos and Intaki Colliculus in particular).

Generally speaking the kill order is:

After the commander's ship is destroyed all remaining ships will warp away and the site is complete, so as soon as it spawns drop what you're doing and primary it.