From EVE University Wiki
Jump to: navigation, search
This article should be cleaned up or improved. The reason is: unspecified

Please keep in mind that this is how the EVE University Incursion Community recommends you run this site. Different communities may have different approaches to this site.

Note: It is highly advisable for the MTAC Pilot to have a timer of some sort, to time the drop's of the MTAC's properly.

Your objectives are to re-secure the area around the True Creations Research Center and then destroy the station itself. To do this you will first need to make use of a local CONCORD MTAC factory that has been commandeered by Nation forces. Take control of the facility and transport the MTACs to the shield transfer control tower. Once inside, they can recapture the station controls and power down the shields, leaving the research center vulnerable.

True Creations is suspected to be chiefly responsible for the re-cloning and implantation of abducted planetside civilians. In addition to this role they spearhead the development and application of new technologies. DED surveillance teams have noted, on repeated occasions now, that True Creations is now deploying mobile research centers directly to the field of battle.

Normally choosing to hide these sorts of centers well from view, this move of theirs is not fully understood. Current research is investigating the potential role these supposedly "observatory" facilities are playing in the larger battle. The proximity of these research centers to the front lines is something that will take some time to fully investigate and understand. 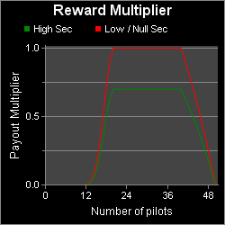 There is a slightly different protocal when destroying Sansha in this type of site. Other than killing the last of each type of ship, some Sansha ships will need to stay on field to avoid unneccessary re-spawns. It is very important to follow the FCs directions to prevent unnecessary respawns.

After watchlist has been provided in fleet chat, the fleet will enter site. Fleet will follow anchor and attack in tagged order. While fleet is killing in tagged order, the MTAC Pilot will retrieve MTACs from the Concord MTAC Factory and place them into a jetcan then using a tractor beam will drag the can to the Shield Transfer Control Tower and place the MTAC inside. The MTAC pilot will repeat this process, dropping the MTACs every 1 minute and 30 seconds. Failure to drop an MTAC every 1 minute and 30 seconds will allow the tower to repair to full health within seconds. MTACs must be dropped until the battletower is destroyed.

Once the Sansha Battletower is destroyed, the Sansha will not warp out. The plan at this point, is to destroy anything that can warp scramble. Once it has been verified that nobody is being warp scrambled, DD will typically self-warp out, while FC and logistics wait until all DD leave, then leave as a squad warp to new site.

Note: If you need a cap chain partner, be aware of the distance necessary to facilitate the transfer properly and co-ordinate with your partner or partners for less confusion in the battlefield.

There is a slightly different protocal when destroying Sansha in this type of site. Other than killing the last of each type of ship, it is best to "trim down" the spawns leaving some rats alive in order to avoid unnecessary re-spawns of that type of ship. Logistics will have their hands full managing reps and split DPS, but it should be manageable while the battletower is destroyed.

Each pilot should anchor themselves on the tower within their own optimal range. The logistic's anchor should burn toward the Concord MTAC Factory and keep approximately 30km from the factory. This position should allow logistics to rep from the entry point to just behind the Sansha Battletower.

Important: While DPS and Snipers are taking out the tagged ships, the MTAC Pilot will retrieve MTACs from the Concord MTAC Factory and place them into a jetcan then using a tractor beam will drag the can to the Shield Transfer Control Tower and place the MTAC inside. The MTAC pilot will repeat this process, dropping the MTACs every 1 minute and 30 seconds. Failure to drop an MTAC every 1 minute and 30 seconds will allow the tower to repair to full health within seconds.

This Kill Order may vary widely from different FCs so it is extremely important to pay attention.

Note: Yulai's are a secondary target and depending on the Logistic Pilot's abilities may not be necessary to kill. The FC should be able to determine if they need to be destroyed and act accordingly.


Note: Two Schmaeel Medullas and onew Niarja Myelen will respawn roughly every minute. While it is critical to remove the Niarja Myelen ASAP due to its Jamming capabilities the two respawning Schmaeels can be left until after the tower bash. The two Schmaeels will be located approximately 90km from the entry point and linger close to the CONCORD MTAC Factory.

Note: IF the Outuni manages to get close to the fleet it should become a full fleet target.

Note: The point at this junction is to take out anything that warp scrambles so everyone can leave site and still have a ship after payout. There will no longer be any respawns at this point.

Special thanks to veteran Shield HQ Fleet Commander 'nomatech' for his input as well as many of the links to sort through and provide in this wiki article.