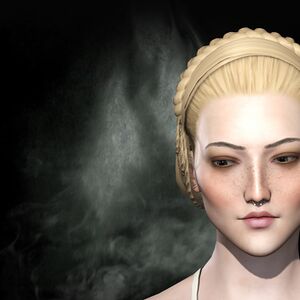 The first public record of Saoirse (spoken Seer-shaw, irish for Freedom) in the galactic Archive dates back to the 12th of January YC118. It is the date of her joining the School of Applied Knowledge. All previous entries are redacted. About 4 months after joining the school she was recruited by Last Rose of Summer.

While she originally joined the corp for solo and small gang pvp, she soon became head of the corps logistics department and still is to this date.