Difference between revisions of "Wormholes"

These connect K-Space to W-Space. Players who do exploration use them to access W-Space to run cosmic anomalies and signatures. W-Space inhabitants use them to shop, resupply, sell loot and products and go on K-Space PvP roams. Without these wormholes, W-Space would be a desolate wasteland. Components required to build Strategic Cruisers and their subsystems are available only in W-space.

All Spaces to Thera Wormholes

A wormhole leading to Thera

With the introduction of the only named wormhole systems Thera, there are now wormholes that connect K-space and W-space to it. Thera has a number of connections, generally documented publicly at Eve-Scout.

Note that when you enter a wormhole, there is a visible brightening to indicate that the hole has been activated - so if someone is watching a wormhole, they will know that someone has jumped in.

Aggression timers do not apply in wormholes. You still get them when you aggress capsuleers or Sleepers, but they don't have any effect other than delaying your disappearance from space when you log off. As long as you are not polarized you can jump through a wormhole immediately after aggressing any capsuleer in any manner. There is no CONCORD in W-Space, no stargate sentry guns, and commonly no stations. For this reason many battles in W-Space take place very near wormholes. This can provide escape options even if you are webbed, scrammed, or bubbled. 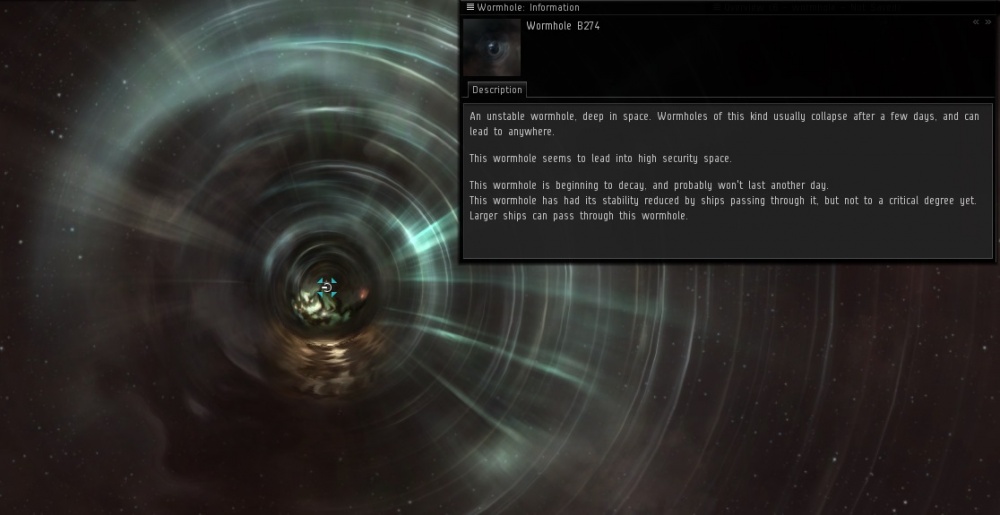 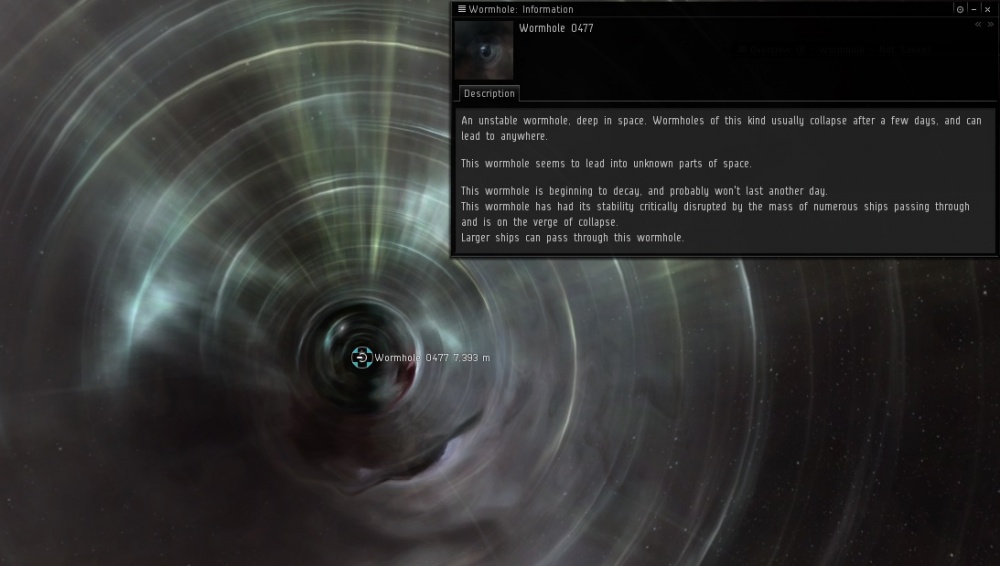