Safe spots (or safespots, colloquially "safes") are player bookmarks which are distant from any celestials and not on the same grid as any location that a ship can warp to from the overview.

These qualities make safe spots valuable hiding places with many uses. Although they are not entirely safe, they are far more secure than hiding at a moon or an asteroid belt. Warping to a "safe" is often an early step in a pilot's plan for escaping when danger shows up, to be followed by docking up or moving system, if possible; safe spots are important security tools even for PvE pilots. Safe spots are also used offensively, as (for example) points from which to scan parts of a system for foes without appearing on grid.

Never warp to a moon for a safe spot. 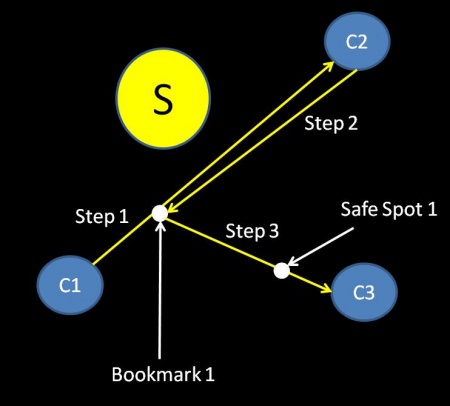