The Big Blue is an expedition which can be earned by destroying Pat Wead in Angel Vigil combat sites. The completion of each segment has a random chance of giving the next segment in the chain.

Popup: Scanning through Pat Wead's logs reveals that this druglord was surprisingly well connected, long lists of buyers and sellers throughout the neighboring regions would make this document a dream read of any law enforcement agent in the galaxy, if only all the vital parts were not in some completely alien code. No matter how much you let your central computer chew on this stuff, you get no feedback on any names or places, execpt perhaps one... this seems to be a hasty entry from almost a year back, not in code. At least the coordinates do reflect a true point in space. 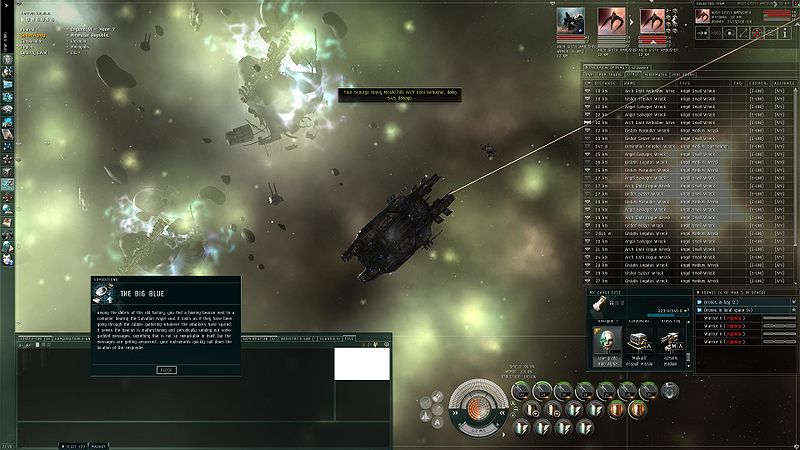 Destroying the Commander will either end the expedition (if unlucky) or give you a popup to the next escallation. Escalation popup: Among the debris of this old factory, you find a homing beacon next to a container bearing the Salvation Angel seal. It looks as if they have been going through the rubble, gathering whatever the attackers have spared. It seems the beacon is malfunctioning and periodically sending out some garbled messages, something that is not so remarkable in itself, but the messages are getting answered... your instruments quickly nail down the location of the responder. 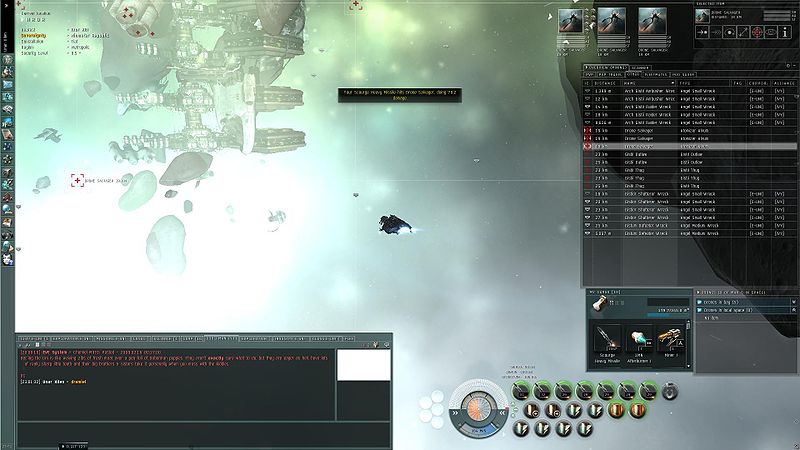 On arrival you get a message in local: Broken Message: Th* is *nder invegrrrrrrr rrrrrr rrrrr by DED. It seems someone has disabled the warning beacon.

Destroying the second battlecruiser will either end the expedition (if unlucky) or give you a popup to the next escallation. Escallation popup : "Another Salvation Angels beacon and this time fully functional probably put here by a surveying ship. It gives directions to another location not far away." 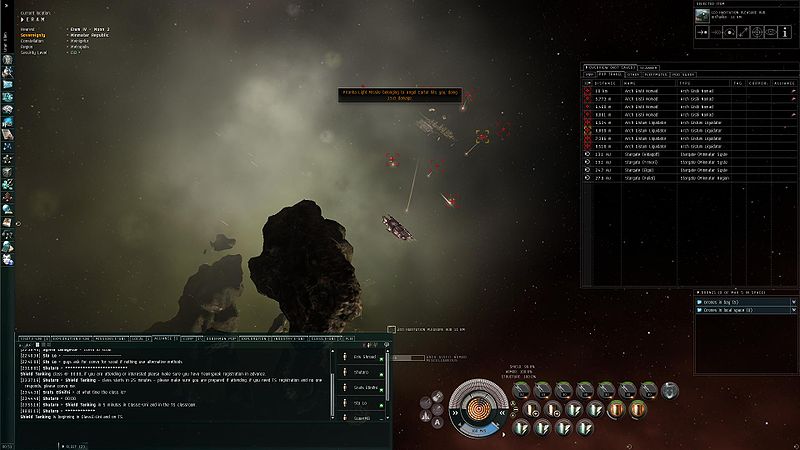 Loot: (What it dropped for me)

Spawn 1 (Warps in after about 15 seconds)

Destroying the Commander will either end the expedition (if unlucky) or give you a popup to the next escallation. Escallation popup : "Luckily your instruments got a lock on the escaping ships destination." 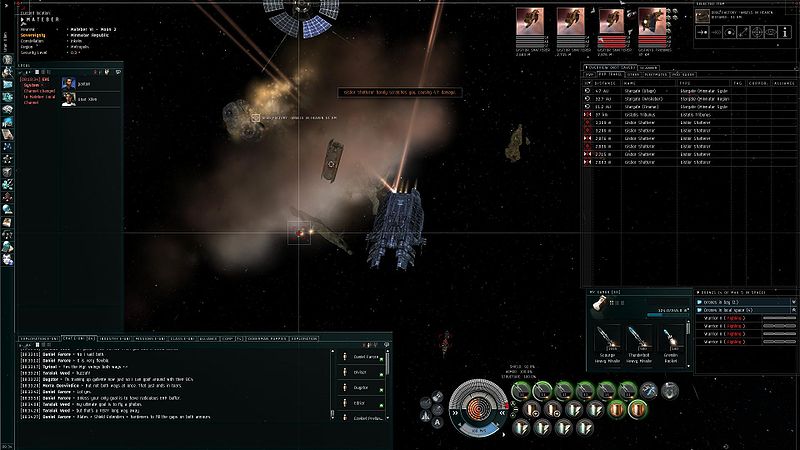 Loot: (What it dropped for me)

Notes: This takes place in low sec so a ship you are willing to lose and fit for pvp are recommended. A clean jump clone might be wise. Destroying the web/ scramble ships quickly may be even more important in low sec systems (But that may be the trigger for the next spawn). New spawns can target your drones. Bring a lot of ammo for the Drug factory.

Upon warp in the 'Drug Factory - Angels in Heaven' and a few other structures are all that are visible.

Spawn 1 (Warps in after about 30 seconds)

Spawn 4 (Taking the Drug factory 1/2 into structure - this takes a ton of damage to accomplish) (Took me 868 Scourge missiles doing 229 damage (to the structure) each.)

Spawn 5 (about 10 seconds after the Hauler spawns)

About 6 - 8 ships including one cargo vessel. These warp off quickly. (Before I could target one.)

Final Notes: Destroying the Angel Hauler drops the main loot and completes the expedition (18 Blue Pills for me, but I have heard up to a Dramiel BPC) Finish destroying the lab nets you a few T1 modules, items, and some ammo.

Since I was in low sec, I fitted a cloak - Using the cloak means losing all targets and your deployed drones become inactive and can not be returned to the drone bay (You can only scoop them to the cargohold).

You can leave the area and return if you have not triggered the Angel Hauler or your expedition timer has not expired.

Final completion popup : With all this Blue Pill out of circulation, you probably just sent some thousands of BP munches on a cold turkey. Then again, you could perhaps make nice profit selling it to them yourself. Choices...Choices...