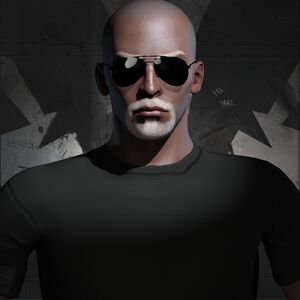 Drakken Keisterbane is an Eve University pilot. His main hobbies are planning vast schemes that will never work, industry, and silence, along with long walks across the beach at night. Well, not that last one. He has learned most of what he currently knows from Eve University's amazing class library.

He likes the wiki so much that he tries to improve it wherever possible, as it is one of the luxuries he is allowed given that his human is so busy with trying to obtain an education.

Drakken was born in the Cistuvaert system, and was a proud member of the Center of Advanced Studies for a good portion of his life. While in CAS, Drakken did a bit of everything to try and find where he wanted to start in new Eden. It was this way that he found his first love, the delicate art of rock munching, or more formally, mining. Thus, he got the training required to pilot his first Venture mining frigate and set out in the Universe with the hopes to make a small fortune.

He soon found out, however, that mining was not the fastest way to make money in New Eden. Drakken soon realized that in order to find his place in the vast unknown, he would need guidance. That is when he heard of Eve University and what they had to offer. Needless to say, they had much to offer him, so he immediately decided to file the paperwork to join them.

After missing his name being called for interviews three times like a complete imbecile, Drakken was interviewed by Laura Karpinski and was deemed worthy of joining the University.