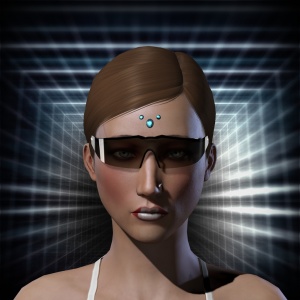 Rose [1] is a former EVE University Graduate, His last title was Director of Communications before this he held the Director of Special Projects role, This promotion was given after being the Campus Coordinator for a while. Before thats he was the Personnel Manager.

He is mostly online on different hours during the week because of his RL work. His timezone is GMT+1 (DTS applies every year, so in summer he is GMT+2).

As of 29th November 2017 Rose is no longer a member of EVE University and had moved on to pursue other ventures.
The information below will stay here as a reference for the days when he was still a member.

He has joined EVE on 06/07/2011 and E-UNI on 09/01/2012. After he joined E-UNI he got involded with the AMC (Amarr Mining Camp) and he helped the camp into their daily operations under the lead from Vger Starseed. He has lead a large amount of fleets for the AMC and also holded the record for a very long time for organising the largest mining operation (besides the charity operation). You can find him often in the AMC mumble channel. Himself is not longer active in the AMC area because he moved to the WHC and is part of the WHC Logistics team.

Out of game, Rose is a 37 years old man who works for the government. He is from Belgium and lives in the city Antwerp. Because he works in shifts he is online during different hours of the day/week.

Rose has been playing games since windows 3.1 :D. Many games have passed through his PC like simcity (original), duke nukem, pac-man (original) and other cool games. From today's games he absolutely loves EVE, Simcity (New), the "Fallout" franchise, "ARMA" franchise, "GTA" franchise, Starcraft and much more... . His favorite kind of game are RTS or Tactical FPS.

Rose formerly held the role Director of Communications and he oversees the wiki, diplomacy and web development departments. The wiki is going to be the biggest challenge of them since their is no department for it yet. The rest of the departments are there and working like they should. Expansion on all departments can happen in the future depending on the upcoming changes of EVE Online or the visions of the CEO.

He can also be seen in public E-UNI channel, either casually chatting or calling for applicants, so he can interview them. This is not happening as much as he should like because he have his own duties that require a decent amount of game time already.

He often describes joining the Personnel Department was the best decision he could have made during his time in E-UNI. But keep in mind with great power comes a whole lot of paperwork :D (Stolen from Marius Labo)

Rose was one of the first members of the wormhole campus ... and now a current resident (along with most of the directors and managers) of our most beloved Wormhole. His business there usually consists of doing Sleeper Sites (which proved to channel some nice ISK to his wallet), and these days also try to do most of his time WH PVP.

He can be mostly seen POS spinning while doing all his admin stuff.

Rose still holds an active role in the AMC Buy-Back Corp , He is responsible for fleet operations between AMC and WHC. He is also responsible for selling and buying multiple items for AMC purposes.

Rose also does some teaching when he finds the time and mostly focused on industry in his classes.