To support Erin in this activity his Alt toils selflessly running missions, trading, mining and producing goods for New Eden. This leaves Erin free to enjoy what he loves most - shooting other ships whilst defending the Uni.

Erin has a large family who don't like him spending too much time away from home destroying ships. This makes spending time on fleet operations a bit difficult, although Erin has managed to attend 3 'Dragon Slayer' events, a frigate FFA, and several large fleets during war. Erin has made a few kills and been podded - see the killboard.

When Erin is at home he enjoys listening to recording of Uni lectures in the class library and swatting up on his latest skills.

To help him learn more about PVP Erin joined the Ivy League Navy and hopes to get more involved when time permits, especially during war.

Erins career plan is to own and effectively fly all Tech I and Tech II ships for the 4 races up to Battlecruiser size. Erin currently owns and can pilot Minmatar Frigates, Cruisers and Interceptors. He also flies Battlecruisers and Assault Ships. Erin just finished training Covert Ops and is looking forward to skulking about in low sec in his Cheetah. Erin uses Evemon and EFT to plan his training and has a one year training plan.

Erin wants to fly this ship in a small gang or solo when not at war due to the fact it's rigged.

Erin needs to complete a 2 month training plan to fly this Tech II fitted ship but can fly a Tech I fitted version now. Due to the SOP and hence a mandatory Tech II tank during war Erin can only fly the tech I version during peace time. 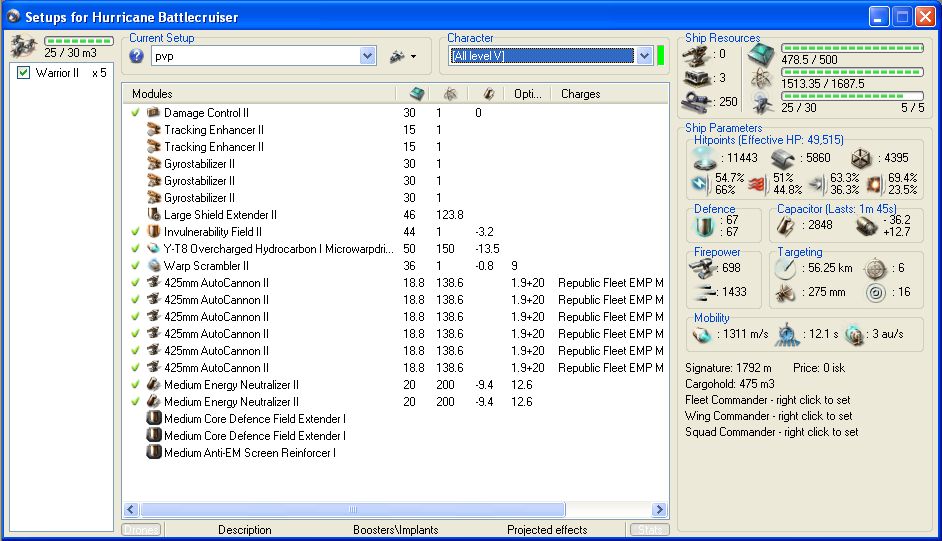 Screenshots of fleets Erin has flown with recently

A fleet of 102 fighters and cruisers couldn't break the Nidhoggur carriers tank. We went back later to try and kill it's fighters instead but it didn't want to play. 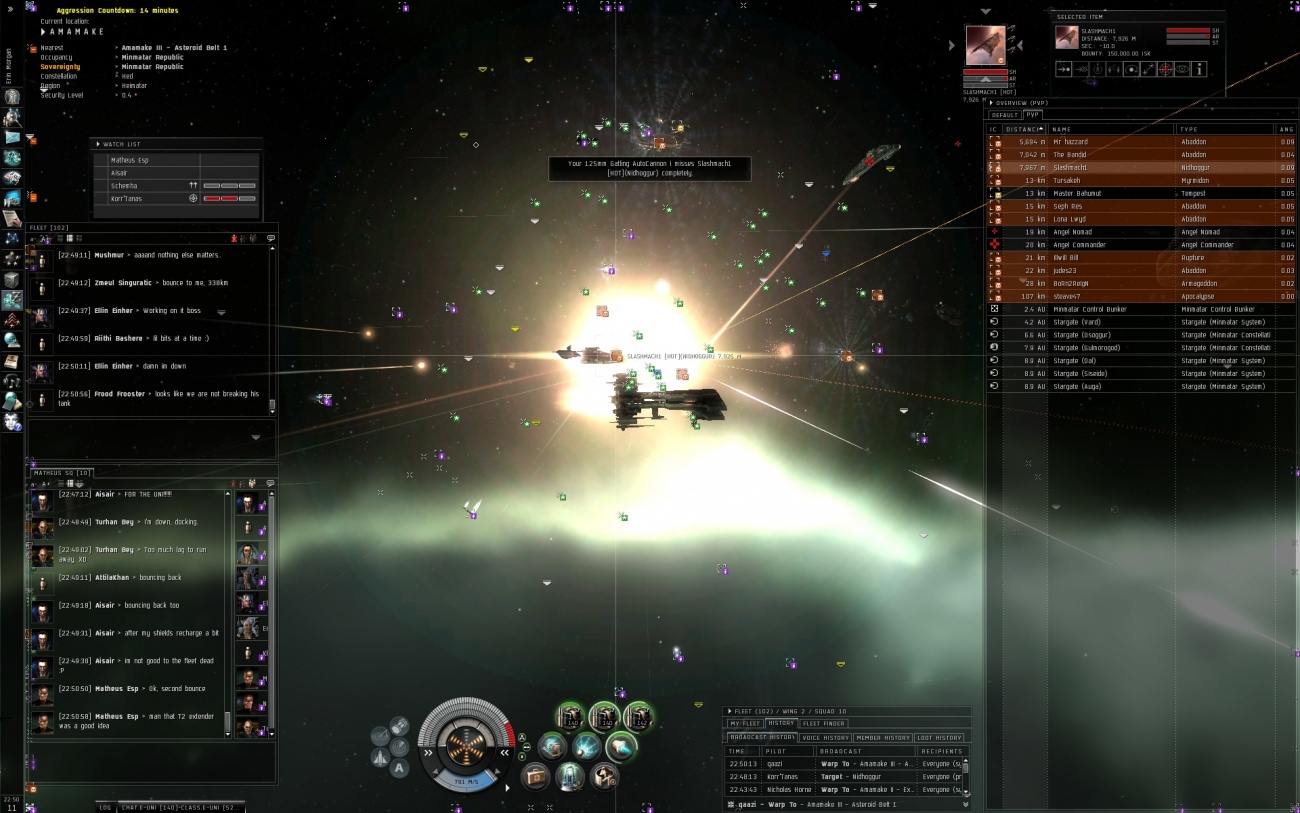 Erin spends most of his time in Uni fleets enjoying the view whilst waiting for action - sometimes for hours!!! 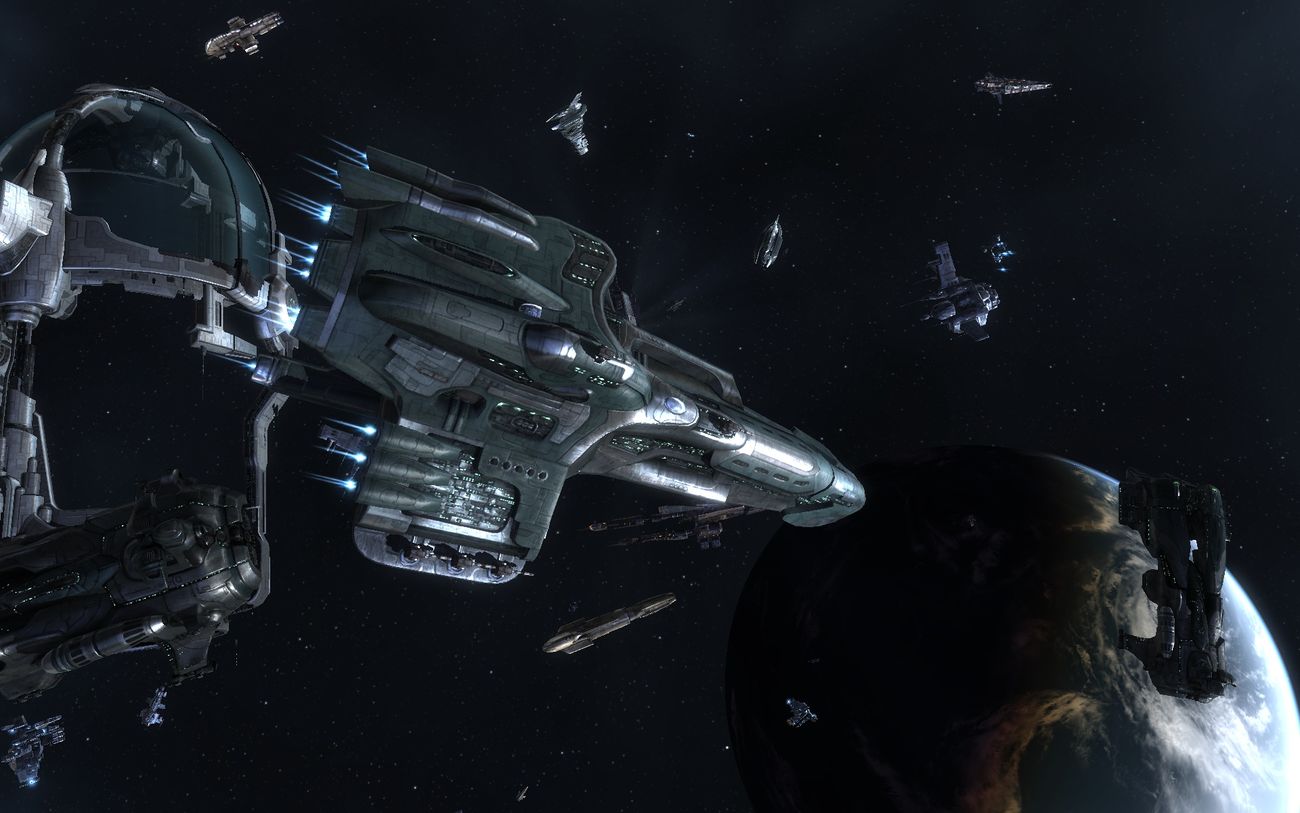 Erin started his career flying the Rifter which is the ship the Uni recommends new Minmatar pilots fly for tackling. It's a great cheap ship that has served Erin well and he still likes to take it out for a spin. This fitting combines speed, tackling ability, a decent tank and the aditional bonus of decent DPS (for a frigate) whilst being able to keep out of battleship smartbomb range.

The purpose of this summary was to learn how to edit the Wiki and hopefully show that I've actually learnt something whilst being a member of the Uni.