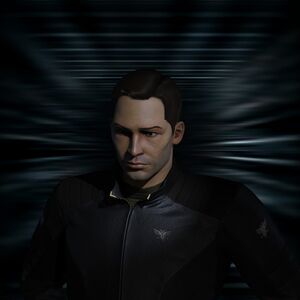 “It is known that there are an infinite number of worlds, simply because there is an infinite amount of space for them to be in. However, not every one of them is inhabited. Therefore, there must be a finite number of inhabited worlds. Any finite number divided by infinity is as near to nothing as makes no odds, so the average population of all the planets in the Universe can be said to be zero. From this it follows that the population of the whole Universe is also zero, and that any people you may meet from time to time are merely the products of a deranged imagination.” <br\> ― Douglas Adams

First achieving escape velocity in June of 2013, I almost immediately dove headlong into mining. After time spent running career missions, painfully solo mining in rookie space in a Venture and trying my hand at corp ownership, I joined Eve University in an effort to actually learn how to play the game. This attempt was a failure because similar to real life, I was too unfocused and impatient for school. After a short four months, I left the Uni for a mining corp based in Caldari space.

While this corp was good to me, the activity level wasn't what I was looking for and the learning environment I wanted (and would later learn I needed) wasn't present. I longed for more. What I did learn about from them was the existence of what would later turn out to be the answer to my problems - The Amarr Mining Camp (AMC). I left this corp in an effort to create a new mining venture - one more successful then my first attempt. And so Keystone Enterprises was born. Based a short trip from Jita, I researched BPOs in Isaziwa and mined in Ono. At first, things went slow. I kept trying to come at the game as a lone wolf and predictably I wasn't very successful. I decided school was the only option and rejoined EVE University in search of the AMC.

Immediately upon joining the AMC, I discovered exactly how little I actually knew about mining. Introduced to my first large scale mining operations very quickly had taught me the importance of knowing (and listening to) specific roles within a shared can (SC) operation. Right away, I began training into the Orca. I also trained a second alt to be able to haul and created a third to be a dedicated miner. Even during "Bring Your Own Can" fleets (BYOC), I wanted the full logistical benefit of the AMC's more large scale activities. Most appreciated of all was the fact that their community and their helpfulness was without peer. Alas, I was still too determined to make Keystone Enterprises work and I left the Uni once again.

By this point, I had the ability to mine, boost, and haul for myself, selling my ore locally or in Jita. I purchased low-level BPOs and began manufacturing for sale. I made numerous connections locally and eventually recruited a few real life friends and coworkers. Over time it became obvious that, for Keystone to operate at it's best, I would need to share some of the burden and one of my coworkers became a co-CEO. Being in the game years before I was, his knowledge, experience, and focus would prove invaluable.

Keystone Entrprises was doing great. Our POS was in full swing researching BPOs both personal and corp-owned, copies were being made and sold and we made a decent living building pirate faction battleships and selling them at market. All the leadership positions being filled by real life friends allowed us to work with a level of trust not normally achieved in EVE. Through all of this, something was still missing. While I had fun setting up and FCing multi-corp mining ops in our area, they were still fairly small and kind of lackluster. I longed for the large fleets and superior knowledge I had found in the AMC. I would eventually rejoin the Uni for a third time, going directly for the AMC. 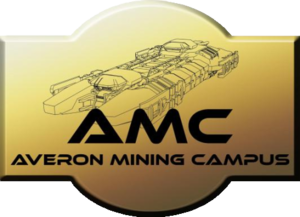 I was back in my element. Good community, strong ops, general selflessness in support of newer players. The AMC was just a happy place to be. I purchased a second Orca to fill any BYOC boost gaps that I could. My hauler would help other players while I wasn't mining so that they could make enough Isk to get themselves out of a Venture and occasionally join The Background Noise temporarily in an effort to better haul for SC fleets. I saw many newer members very successfully FC their first fleets with incredible tutelage from AMC officers and those officers themselves make the sometimes monotonous task of mining hilariously fun by injecting lottos, quizes and various other foolishness into an op. Falck Longbottom and I had a couple competitions to see who could haul the longest during 24 hour SC fleets (he holds the record... for now). I listened to Pjunie sing songs about dronestones.

There was only one problem: Keystone Enterprises.

I was trying to be both an actively participating student in EVE University at the AMC and the CEO of my own corp. For those of you who haven't tried that, when your character who is the only one with the skills to use your BPOs and is the unofficial CEO is not actually in the corp, things get difficult. I could no longer use my POS for its intended purpose and had to rely on others to improve my blueprints for me. While working with the AMC is and was always a complete pleasure, logistically, my situation was untenable. Not being able to run a corp from the outside and not having the title within the Uni to justify moving my assets, I left once again.

Though I had left the Uni a three-time dropout, I felt as though I had learned enough to be able to at least sustain myself. I moved back to The Citadel to focus my efforts on making Keystone Enterprises a successful small venture with bigger aspirations. However, I maintained a presence at the AMC. I had made a number of friends while there and I didn't want to lose that. My channel access was left uncancelled and I would frequently jump clones back to Sierra to lend a hand hauling for SC Ops, boosting BYOCs and just mining in a friendly environment. Things had a nice balance.

Shortly after returning full-time to Ono, My corp made the collective decision to move our entire operation from the quiet, dead-end pipe we were in to "the sticks" out in Solitude. Very quickly upon arrival in Solitude, we settled on a home system, found a beautiful and peaceful system to gather ice, set up PI and began production. Networking was also of high priority for us and we eventually amassed a large group of "blue" friendly corps and alliances, getting in on the ground floor of the unofficial "Solitude Coalition". I would often boost large numbers of miners from the safety of our POS in Niballe - the relatively peaceful system with three ice belts and no CODE presence. My co-CEO, being a bit of a subject matter expert in planetary interaction laid out a volunteer-based, corp-wide PI plan that saw every member contribute to the corp's overall fuel needs, corporate and personal wallets, and his corporate pet project: T2 drone production.

Drones and PI became our cash-cows so to speak with mining taking a distant back seat. With the Citadel expansion, we were the first corp to place an Astrahus in Niballe (though Xoth would also have one up within 24 hours of us). By this time, I had amassed enough BPOs that I had every single mining related BPO and I began - under an alt corp - to run a bit of a mining outfitters if you will for personal profit. In Solitude, where the market is often wildly expensive, I would sell made-to-order T1 and T2 BPCs, modules, crystals and ships at Jita prices. Initially this was a very successful venture but work would take me away from the game for long periods of time and rather expectedly my entire client base dwindled away. All the while something was nagging at me. What was missing? I could trudge along through the game, making isk where I could all I wanted but I still felt like I was missing out on something. It was at this point that I decided to pass sole ownership (I had already passed the official CEO position off a while ago) of Keystone Enterprises to my friend and former coworker and reapply to Eve University.

What does the future hold? Well, I haven't walked away from Keystone Enterprises completely. I'll maintain a presence there and, when in Solitude, strive to cement a cooperation between Project: Solitude and the corp I built that is filled with friends I've known outside of the game for years. To do otherwise would be to do a disservice to everyone involved. The wonderful thing about the Uni is that, regardless of where you're at in the game, the Uni has something to teach you. I hope to better myself and pass on that betterment to others. Since rejoining the Uni (fourth time enrolled!) I've become part of both Project: Solitude and the Amarr Mining Campus. After a time, I'd like to venture into the Nullsec Campus and maybe eventually the Wormhole Campus. When I've reached an appropriate level within the Uni, I plan on applying to be a Personnel Officer.

We'll see what happens from there but I'm done being the Van Wilder of EVE University.

to be completely unimpressed