There are 75 standard shattered wormhole systems. Though they are similar to normal J-Space systems, they differ in significant ways:

There are 25 small ship shattered wormhole systems. Sometimes they are also referred to as C13 systems. They inherit all the features of the standard shattered systems, with the following additional properties: 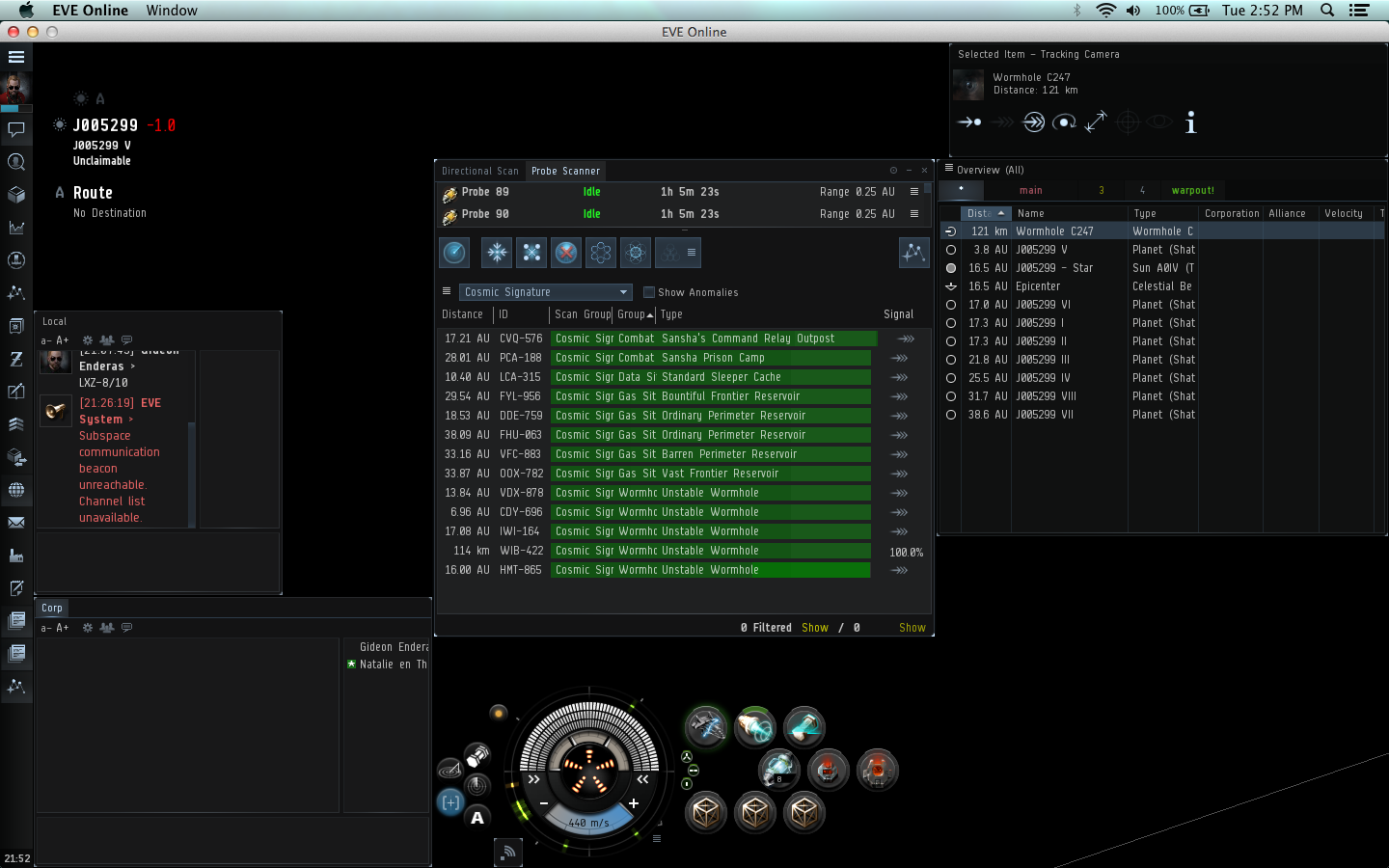 There are ruins of several Sansha stations as well.

See https://imgur.com/a/PR8T4 for an album of this wormhole.

The silent battleground consists of a large number of data and relic cans, with no Sleeper rats present. It must be scanned down and requires decent skills to do so. The data cans contain datacores, and the relic cans contain T3 manufacturing components such as Intact Power Cores. Early reports suggest that this site operates on a timer and will explosively despawn after some time, though dealing no damage. 3 hacking ships should be able to clear the entire site before this happens, however. A recent attempt of the site (September 2019) reports no risk or sudden despawn during hacking. A total of 40 cans yield loots of around 200M isk, however, the loots take around 500 cubic meter space, large cargo space or MTU is therefore strongly recommended.

At the center of the silent battleground is a wrecked Revenant, suggesting an unexpected historical Sansha's Nation presence in these shattered wormholes. The wreck cannot be salvaged.