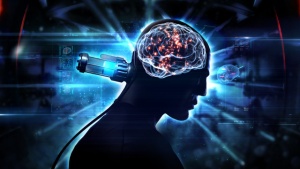 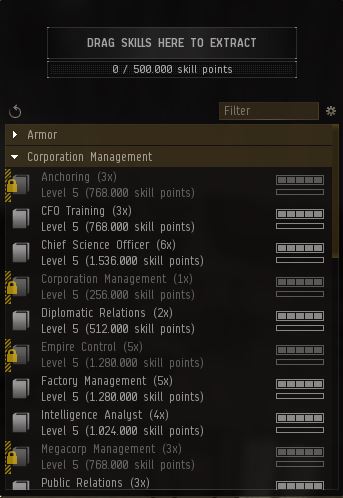 The Skill Extractor window shows what skills you cannot extract. 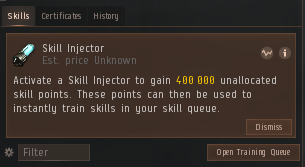 A skill injector is a consumable item that will give you anywhere from 150,000 to 500,000 unallocated skillpoints. These skillpoints can then be used to boost any of your existing skills or saved for later. The item is destroyed once used.

Small, Large, and Daily Alpha skill injectors are identical in functionality, but come from different sources. As with the usual Alpha clone restrictions, up to the full Alpha-accessible skillset of 20m SP may be injected without being in Omega state. It does not matter whether skills past 5m SP (but under the total of 20m in the whole Alpha set that may be accessed) are acquired through injection, or time previously spent as an Omega.

Active accounts that do not need training

This article is a stub. You can help the UniWiki by expanding it.

Another usage of Skill Injectors and Skill Extractors is for personal use to faster train a target character of your choice. In this article we will compare each strategy by its cost, in ISK and in Dollars. To achieve the goal of faster training, three meta-options are currently at your disposition: