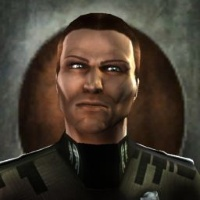 My Role in Eve University

I left Eve University on November 30, 2010, after almost a year. During my active time at E-U, my roles were as follows:

Sorry, my skills and such are confidential. Feel free to convo me about my plans and skills.

Mining My Way Out - Placed 3rd in Jen Loo's mining fiction competition. Thank you to Jen for encouraging authorship and for the surprising award. (For Uni forum members.)