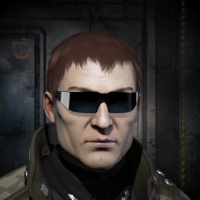 Liafail is an Eve University Freshman pilot. He was created 04.05.2013, and after a short stint with the School of Applied Knowledge, he was accepted to the Eve University 03.07.2013.

Liafal is a Caldari pilot who has a love for the traditional Caldari doctrine of Missile Warfare.

Liafail has based himself out of the main E-UNI Campus in Aldrat and can often be found in that area.

Liafail has spent a bit of time at the NSC and thoroughly enjoyed it. He plans to return in the near future.

Being Caldari, Liafail gravitates towards Caldari ships. He is learning to use Minmatar ships as well. Liafail's preferred ships are:

Liafail has not attended any classes yet.