If you have ideas for how you would like to see the UniWiki improved, please leave a comment on this page: User:Rayanth/Requests

If you are looking for any of my other user pages such as the Manifesto or my Sandboxes, please see my WIP page. 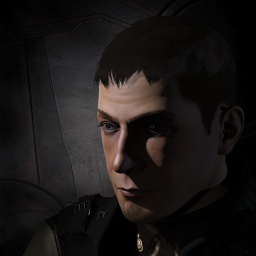 Rayanth is the UniWiki Manager, as well as a Mentor, Teacher's Assistant, and a member of the Events staff. He resides primarily at EVE University's High Sec Campus, although he's known to make a trip to other campuses or join in low-sec roams from time to time, as well hosting occasional Fireworks Fleets. Rayanth is dedicated to giving back to the community, both within EVE University through his roles and responsibilities, as well as to the greater EVE community through his work on the UniWiki. He often asks for nothing in return for his assistance, save for a promise to "pay it forward".

Rayanth accepted the position of UniWiki Manager in June of 2019. His primary responsibility has been preparing the UniWiki for a software upgrade, which involves rebuilding the Wiki Skin used by the UniWiki, and thoroughly testing the effects of the software upgrades on each of the components of the wiki in general. During this testing, he has also identified a number of new extensions and features to be added in the future, and begun to develop other tools and methods to improve the UniWiki experience overall. The UniWiki Manager also oversees a small team of Curators, who each provide ideas for improvement as well as maintain various aspects of the Wiki in which they have self-identified specializations. If you are interested in becoming a Wiki Curator and helping out - whether you're a member of EVE University or not - please read more on the Wiki Department page.

In the spring of 2019, as part of the EVE University Anniversary Week, the wormhole system that the WHC called home was being harassed by a "large beast" complaining in local chat about the amount of litter and detritus left behind by their operations. As the complaints grew louder and more threatening, WHC called for assistance, and a large fleet of EVE University capsuleers answered the call. Arriving in a fast-travel Atron and expecting to switch to a Talos he had previously stationed at the Wormhole Campus, Rayanth volunteered as a Scout instead, intending to help hunt down the beast. By a stroke of luck, Rayanth managed to warp directly to the location of the target (a Carrier), landed tackle and called for fleet backup. Miraculously, through the battle that ensued (which included an unknown fleet arriving and taking part against both sides), Rayanth's Atron managed to not only survive, but maintain the warp-scramble on the Carrier the entire fight. He was rewarded with the vanity title of 'Dragon Hunter' to honor this accomplishment.

During an EVE Uni all-manager meeting where the roles and responsibilites of various officers and staff was being discussed, Rayanth joked that he had no staff to worry about. This led to a discussion on whether the UniWiki Curators were considered staff (and/or officers). Rayanth doubled down on whether he had any staff to manage at all, or merely volunteers recognized for their significant contributions to the UniWiki. This title was secretively bestowed upon him as a result of this discussion, playing on the joke that he did not even know who he was supposed to be managing*. (EVE Online does not permit the question mark in Titles in-game, but its intent is clearly implied)

* Rayanth would like to emphasize that he does know he manages the UniWiki Curators as staff, and works closely with them on a regular basis to accomplish the work needed on the UniWiki

Past Roles and Titles

Rayanth volunteered to become a Teacher's Assistant fairly soon after joining EVE University, so that he could gain some more experience with organizing and running classes of his own. While he has not managed to teach any of his own classes to date, he does still regularly jump into classes to help out the instructors whenever possible. Teacher's Assistants help out in the virtual classroom by providing links in chat while the instructor is speaking, and keeping track of the in-game conversation to alert the instructor to any questions that may have been inadvertently skipped. They may also help with after-class Practical Exercises, and other tasks as requested by the instructor. The role of Teaching Assistant was discontinued in the summer of 2020.

After he realized that a well-learned capsuleer must not only have theoretical knowledge of the space combat and strategy, but practical experience applying that knowledge as well, Rayanth joined the Events Department to help organized Events that would help capsuleers in EVE University practice their skills in safe, fun, rewarding environments. Working with the Events Department, Rayanth has helped create and organize Scan The Can, briefly revived Space Rugby, and assisted in coordination of the Anniversary Week events. He also created the Fireworks Fleets, where pilots bring Hero-Tackle Atrons on a low-sec roam loaded with nothing but fireworks launchers and no misconceptions about the probability of survival. If you are interested in joining the Events team to organize events of your own or just to help out, please visit the Events Department page. Rayanth stepped down from Events Staff to focus more on the UniWiki, in October 2019.

Upon earning the title of Graduate within EVE University, Rayanth joined the Mentor program for another avenue in which he could give back to the community. As a Mentor, he was matched up with Mentees that had similar interests, playing times, and goals in the game so that he could provide one-on-one assistance to those Mentees and help them grow their skills and understanding of the game. As a result of decreased playing time during the Coronavirus Pandemic in 2020, however, Rayanth stepped down from Mentoring as he considered it unfair to any mentees being assigned a mentor who may not be online much. If you are interested in becoming a Mentor, or are a newer player and wish to be assigned a mentor, please see the Mentor Program page.