This is a guide for skilling and maintaining a Planetary Industry (PI) alt character for your main account in about 12 days with the goal of earning semi-passive, low-risk income in high security space to support your more exciting activities in Eve Online. This guide will provide the skill plan to follow, estimated amount of money needed to start, and estimates of how much money you can expect to make. Although this guide will not cover the actual way to conduct PI, the Uniwiki has some well-written pages on how to get started and set up your planets. Additionally, Seamus Donohue of EVE University has made some wonderful training videos on YouTube, which I encourage you to watch to learn the process.

Planetary Industry is an excellent way to make money since the skills required are relatively easy to attain and the startup costs aren't very high. There are three character slots on every Eve account and it is a missed opportunity to not do something useful with all of them. Since only one character can be trained at a time per account, you must forfeit training time on your main--unless you purchase PLEX to enable multiple characters to train concurrently. The most challenging part of PI is the actual process, which, like most everything else in Eve, can have a steep learning curve. However, once you've developed a good technique for maintaining your planetary colonies, making a decent income from them becomes routine and fairly simple.

This plan will provide you with a character capable of the following in 12-1/2 days with attribute remaps:

The general concept of this plan is intended to:

Alright, so you've randomized your way through the character creator, and have a fat wad of cash in your new alt's account (see financing below). Now it's time to be careful and patient. This plan is predicated on using both remaps you'll have available. Scary, yes, but remember this toon is just for PI, nothing more. If you do decide to train this character further, you'll be maxed on Intelligence, which isn't too terrible. You certainly don't have to remap, either, it will just take about 14-1/2 days instead of 12.

Once you have these books, it's time to queue up! The following plan is based on two remaps, which will result in a completed plan in 12 days and some hours (you'll already have Science III and Racial Frigate II):

Maximize Charisma and put the rest into Intelligence

Maximize Intelligence, add one point to Memory, and the rest into Perception 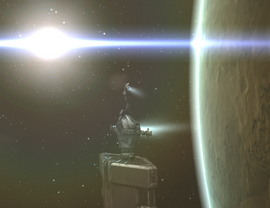 All these planets are yours...

In addition to the above skills you should train one of the following. Note that the Gallente Epithal is the only industrial that has a hold specifically for PI materials, and at Gallente Industrial I it will hold at 49,500 m3, much more than any other T1 industrial. You will not be able to put command centers in the specialized hold. 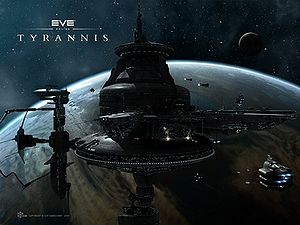 You may note that Target Management, Signature Analysis, and Long Range Targeting aren't necessarily required, as well as Retail. The skill plan was based on using Evemon and selecting a Core Basic Certificate and Basic Trade Certificate so your character could mount the Expanded Cargohold IIs, some basic shields, and have enough slots on the market to buy and sell a bit. It's up to you whether you want to train those skills. As the plan is so amazingly short, I left them there in the event I decided to use my alt as a spy and trading alt. You could (and probably should) replace them with Shield Operations, if you're so inclined. If you are more concerned with speed, this plan can certainly be tweaked with High Speed Maneuvering and Acceleration Control to level II, but try to keep it under 13 days, otherwise your main may start to feel neglected, and you'll have missed the point!

How To Use Your New Character 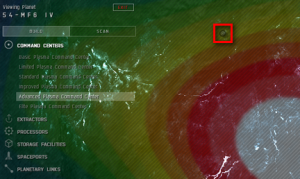 If you've followed this plan, you just spent between 11-15 days training up your alt. So, first things first: Restart training your main character! (The first time I did this, I opened up Evemon to see an empty training queue on one of my mains. That was painful.)

Also, keep in mind that just because you aren't training your main doesn't mean you can't play with your main. Get out there and be useful, as your new character may need some more scratch to get good colonies set up. Anyway, back to your new PI toon...

You'll notice that after your racial Industrial training, you could technically start PI farming, and you should. The rest of the skills are the icing on the cake that will speed you up and make you feel a little safer flying through space with a cargo full of goods that sell for millions.

If you are particularly strapped for isk, start with one planet. After making 5-6 million isk worth of materials, export them and sell them on the market. This will give you the money to set up your second planet. A planet with two basic industrial facilities, one advanced industrial facility, a launchpad, two extractors, and a command center with a level four upgrade (the max you'll be able to upgrade with this character), will cost between 5-6 million isk, which does account for upgrading to the highest level of skill (IV). You'll note also that taxes are quite high, but when you finally sell a month's worth of goods, it won't be so bad.

Once you have enough money, you can simply set up all five planets and let them go nuts. A P1/P2 manufacturing plan will yield somewhere between 2500-3500 units of P2 material a month (3,600 units if you run it perfectly, assuming 30-day months). If you have set up your planets to extract balanced amounts of P0 materials, then your advanced facility should be able to run non-stop all day, every day. This isn't terribly easy, however, as you will need to occasionally tweak your extractors to not gather an over- or under-abundance of one P0 material, and not run out of a P1 product and hold up production. Regardless, the goal is to keep your advanced facility running at all times, and then sell your processed P2 materials (like Coolant, for example) once or twice a month. If you live in nullsec or wormholes, you may have to export more often due to having more resources to extract and process (I honestly don't know, I haven't lived in nullsec or WHs yet). This doesn't mean you can't make more advanced materials, like Hazmat Detection Subsystems. The plan simply considers export only and to not have to spend more isk on imports for the more advanced products. That is a financial decision you must make.

The Dollars and Cents 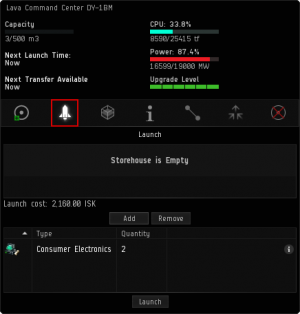 As stated earlier, this is a plan for quickly creating a character able to contribute to your overall budget needs. And what can you reasonably expect? Well, based on rough estimates of the current Eve market in late 2020, P2 products go for around 8,000-11,000 isk/unit. So, if you were to export approximately 3,000 units of P2 products from each planet that averaged 9,500 isk on the market, then you would see the following results, assuming 10% taxes from exporting initially:

If you choose to consolidate your manufactured goods with a main who has good trading skills, this number will increase slightly. If you decide to take the time to train your second alt character as well, then you can expect to double this number. If you choose to train your main as well, then you could see over 373 million isk a month (please note: these are estimates only, based on current prices and personal experience).

It should be noted that these numbers will be lower due to colony reorganization, including deleting and moving extractors to the best resources, adding storage and basic production units, and clicking "accidents."

The Price of Greed

"So how much will this cost me?" you may ask. Not much, in my opinion, and it also depends. Five million isk will pay for all the skill books and leave enough left over to buy your command centers (81,000 to 87,000 isk in April 2019) and an industrial hauler that is needed to haul the massive Command Centers (1,000 m3 each). This leaves a little left over for building the colony, which costs an additional five million a planet. If you are willing to start small, you can finance your own operation by using the sales of your first planet's materials to fund more advanced operations, and additional planets (this is starting slow, but a perfectly good plan that will be maxed in no time).

Financing is also available either by doing the tutorials or use your main character to pay for the alt character's training. The tutorials can provide about 4-5 million isk and a couple industrial ships, but can be time consuming. Transferring funds from your main character is faster, simply locate your alt using the People & Places tool, right click the character's icon, and choose "Give Money". If your main has 30 million isk to give to your alt, you'll fully fund your alt's training and initial operations, and the investment will pay itself off rather quickly once all five planets are up and running. And, of course, you can have your alt run distribution missions, as you'll have them piloting a nice flying cargohold.

Of course, there are an infinite number of ways to set up planets, including factory planets, which I haven't tried and would be vastly more expensive. This plan, however, calls for a simple P2 production plan. Be sure to adjust your numbers accordingly, based on how you operate.

There are some definite advantages and disadvantages to having a PI alt. On the one hand, you will be providing yourself with a significant increase in isk, especially as a newer player. Also, if you or someone in your corp is an industrialist, you could be supplying you or your corp with free or cheap POS fuel, ship building components, etc. In fact, a single player running this system with all three characters could easily fuel his or her own POS! If you run more than one account, you can potentially be making enough to pay for PLEXs, thus keeping your accounts paying for themselves. Finally, once the plan is complete and your alt is producing, you can get back to more interesting activities.

On the other hand, there are drawbacks. PI can be difficult to maintain and keep an interest in. All that clicking and strategizing can get tiring pretty quickly, and more than one industrialist has let their struggling colonies die due to boredom. If you have multiple accounts, and each character has multiple planet skills, you can spend a lot of time managing something in game that isn't very satisfying from a game play point of view. You may want to space out your activity so you only have to check a dozen planets every other day. Finally, highsec PI is the least lucrative PI, since the taxes are so high. A lot more isk could be made in wormhole space or nullsec PI, but this training plan gives you a character that could be easily killed outside of highsec space.

Summary of reasons to consider creating a PI alt

PI can be a great way to make some extra money. The training plan explained above takes less than half a month. The ability to run five extra planets per character can benefit in both isk and industrial mats that can be used in manufacturing. The process of setting up colonies and running them is pretty low. The risk in high sec is very low. The potential of running lucrative planets in lowsec or nullsec is very high, if dangerous. The more characters you have running planets, the more isk you'll make. Like any other job in Eve, it isn't perfect, but the plan is as efficient as I can make it.