From EVE University Wiki
Jump to: navigation, search
This page should be updated due to game changes.
Reason: Tutorials section needs to be removed/replaced with AIR changes

The Agency is a neocom app that allows capsuleers to search for and engage organized EVE game content. New capsuleers are introduced to The Agency by the game. Once docked at a station for the first time, players receive instructions on how to access the user interface. This includes using The Agency to open the new player tutorial.

The Agency was introduced in October 2017 as part of the Lifeblood expansion as an extension of the Agent Finder. It was updated in May 2019 as part of the Invasion expansion. 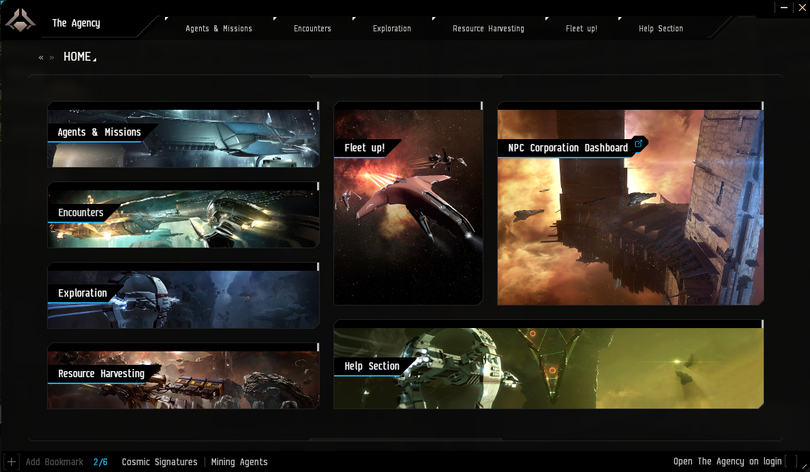 The Agency allows a player to find the majority of EVE organized game content in New Eden. Activities are split into several categories and include filters that can further refine searches into the specific content the capsuleer may be looking for. Categories include "Agents and Missions", "Encounters", Exploration", "Resource Harvesting" and "Tutorials". A player corporation dashboard is also available.

A mission is a task assigned to the player by an NPC "agent". The agent describes the task and specifies rewards for its completion. There are different kinds of missions, each with its own set of agents. (For example, a mining agent may assign you the task of mining a certain amount of ore and returning it to the agent's station.) 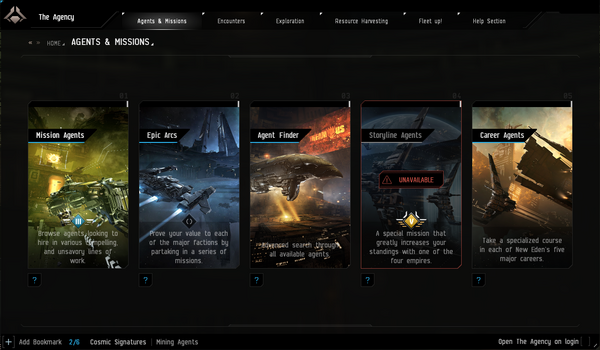 There are different kinds of agents, each with its own set of missions.

In general, "encounters" are fleet combat actions. Although at least one encounter is a single player activity (solo deadspace), and most Level 4 missions are done with fleets, the encounters listed in this section are best thought of as group efforts. Because of this complexity, most players find it worthwhile to read about a particular kind of encounter before trying it out. 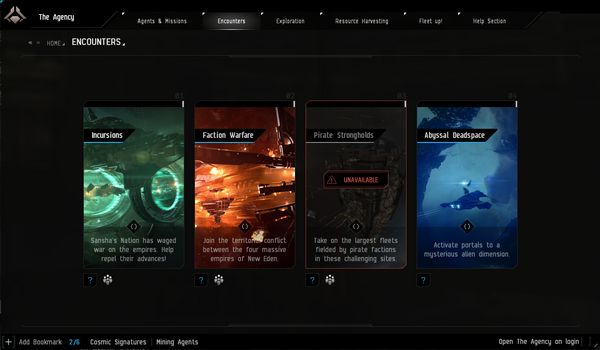 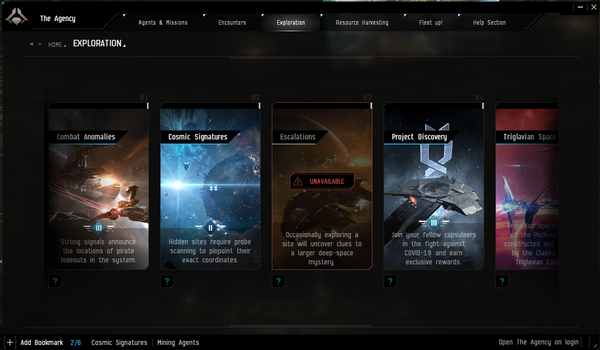 Exploration is a broad category of activities that mostly have to do with searching for and acquiring various items of value that can be sold to other EVE players. Acquiring these items may involve combat, explosions, and puzzle solving. Exploration is not as organized as mission running, nor as consistently productive as mining, but it can provide considerable excitement and may produce extremely valuable loot. 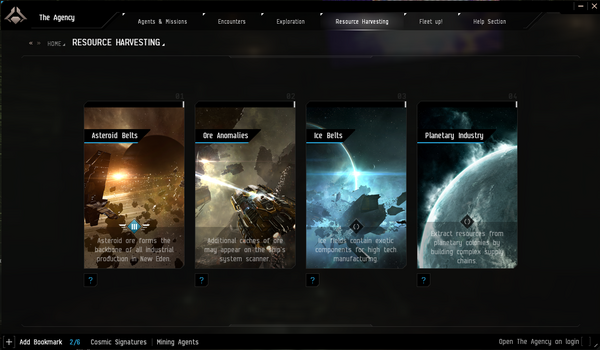 These activities direct you to areas where you can mine or otherwise collect raw materials that can be refined into products useful to EVE industrialists. Resource harvesting is a common method of making ISK in EVE. 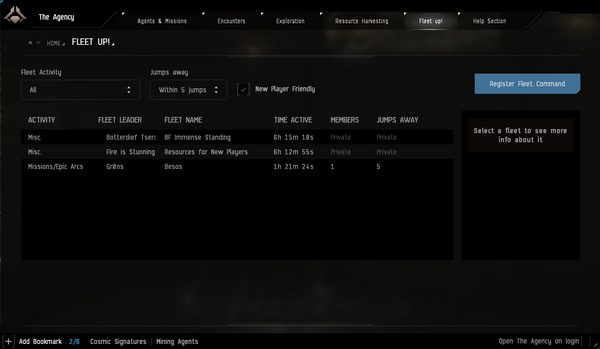 The Fleet Up tool located in the center of The Agency and is used to find and join fleets that match your skill level and interests.

One can sort fleets by their activity type, read their descriptions, compare how far away from you they are operating and if they meet your criteria, then simply request to join. Both public and private fleets you have access to are listed.

The Fleet Up tool also supports filtering for fleets that are new player friendly, so fresh pilots have an easier way to spot groups that will help them on their journey and connect them to the content they're after.

This may be shown in the upper right region of the agency box. If present, it opens a detailed information window for your corporation. If you are in an NPC corporation, the Dashboard will show the Recruitment window. 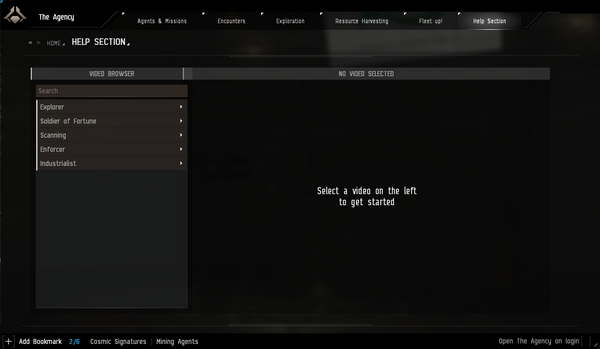 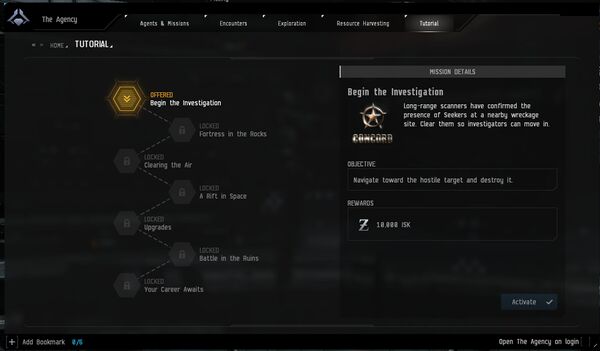 Some of the content options have filters that allow you to tailor the information to fit your interests. The two most widely used are:

In some cases filters may also allow you to select EVE regions, factions, corporations, ore types or other identifying criteria that can be used to limit your search. These are usually self-explanatory - an example of how they are used can be found on the Agent Finder page.

The following image shows the filters on the Resource Harvesting/Asteroid Belts option. But, really, the best way to learn how the agency filters work is to open it and try out the various elements.