Getting positive Triglavian and EDENCOM standings

Traveling through star systems that are occupied by EDENCOM and The Triglavian Collective is dangerous for pilots who do not have positive standings points with EDENCOM and The Triglavian Collective factions. EDENCOM and Triglavian faction ships are aggressive and dangerous to all players who do not have positive standings with them. Most often these ships appear in Triglavian minor victory systems, EDENCOM systems, Pochven, but can also randomly appear at spawned wormholes in star systems that border Pochven. This was confirmed recently when the Triglavians attacked capsuleers in Perimeter, due to its close proximity to the Pochven system of Sakenta.

This makes large areas of normal space dangerous to all who do not have positive standings with both of these factions.

This guide explains how to earn positive standings with both EDENCOM and The Triglavian Collective factions.

Destroy rogue drones, sleepers, and drifters. Destroying Rogue Drones, Sleepers or Drifters in Pochven (and only in Pochven, not in K-space, not in Abyss, not in WH-space, only Pochven!) results in a positive standings gain to both EDENCOM and The Triglavian Collective factions. This is good. The larger the target drone or ship, the larger the standings gain. Rogue Drones give the least standings points, Sleepers give more and Drifters give the most standings points.

If the system has no targets, players may exit via wormhole or filament and try again in another system. Wormholes are found by using scanner probes. Filaments have a 15-minute cooldown timer before the next use.

For example, the fleet destroyed the Phase-II Legionary and the Phase-IV Legionary above during the first two minutes in system, but warped away before the Overmind was destroyed. After the 10-minute tick cycle ends, if the Overmind was not destroyed, all fleet members will receive +0.059 standings points for only the phase-IV drone-the Phase-II drone yields zero(0.0) standings points. But now the Overmind can be engaged again to start a new tick cycle, and if destroyed, will yield +0.20 standings points to all pilots that shot it from the previous engagement as well as the current engagement, and any other ships on grid that applied offensive modules to the target.

Triglavians, EDENCOM, Rogue Drones and Drifters use different standing mechanics from other factions. The most notable differences are:

The easiest way to enter Pochven is to use an inbound filament. These can be bought off the market. These filaments come in many variants: border, cladistic and home, allowing fleet of up to 1, 5 and 15 subcapital ships to enter or exit Pochven. For our purposes the destination system does not matter at all. Just buy the cheapest filament. It is also good idea to buy an exit filament so you can get out easily. 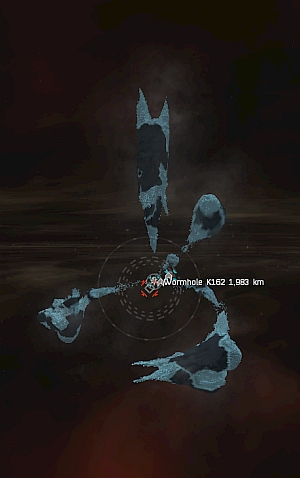 Another way to enter Pochven is through wormholes. Entering through wormholes instead of using filaments has two benefits: no fleet size limit and no wait timer. Finding Pochven wormhole connections will require some scanning probe work. These wormholes spawn randomly in systems that are within 3 jumps from the original position of the Pochven system. These wormholes can also have Triglavian and EDENCOM rats guarding it. Wormholes leading into and out of Pochven will have a unique appearance, a blue ice and rock formation shaped like a giant dragon's claw. See Pochven Entry Manual for more details on how to easily find suitable wormholes.

Rats can be found on stargates, stations, planets, moons, POCOs and cosmic anomalies (combat sites and ore deposits). Locate target drones and ships (rats) using the ship's directional scanner and probe scanner. Rats in Pochven are unusual in that they are visible in Directional scanner. This makes it much easier to locate rats.

Use this overview preset in your d-scan to quickly locate targets.

Use the probe scanner window to locate combat sites. Higher-yield standings drones and ships may be found in the following combat sites:

Rogue Drones are the weakest faction in Pochven. They are easy to kill and give minimal standing gains. None of the Rogue Drones warp disrupt/scramble you so you can freely warp out without any concern.

If you have 0.00 standing (or close to it) with EDENCOM and The Triglavian Collective, then Rogue Drones are good target for you. If you never lost any standing with The Triglavians or EDENCOM then just a single drone kill is enough to make both factions neutral to you.

The standing gain from them is miniscule so gaining significant standings with them is not practical.

After approximately 10 minutes you will get the standing tick.

Pochven systems have roaming fleets from multiple factions. They kill each other.

If you activate an offensive module on a rat and that rat is killed by NPC you will gain standings.

This can be used to get standing if you are not able to kill rats on your own, or if you want to get bigger standing ticks than what the smallest drones give.

This is quite unreliable method as the roaming rats may not meet each other or they may not be "active" if players are not present.

Eventually that rat will probably die and you get the standings.

Sleepers give much more standings than Rogue Drones. They are also considerably harder to kill. Doing this solo is strongly not recommended. Bring a fleet with logi support. Only players who activated offensive module on the target get standings. So logi ships should bring combat drones.

The Sleepers deal omni damage and have flat resists. They use warp scramblers (real ones that shut down MWD/MJD), webs and energy neutralizers.

You can find Sleepers on Torpid Sleeper Hive combat anomalies, wormholes leading to wormhole space and as randomly roaming fleets in systems with wormhole space wormhole.

With a small fleet you should be able to take on the Sleepers on Torpid Sleeper Hive combat anomalies. If you have big and strong fleet you can engage Sleepers on wormholes leading to Anoikis. But be prepared for big fight as the wormhole may spawn very large number of hostile rats and even Drifters with doomsdays.

Occasionally Sleeper fleets can have Drifters with them. Drifters are the most powerful rats in Pochven. They also give the biggest standing gains so you will want to kill them when possible.

In addition to powerful normal weapons they have the feared superweapons. All ships warp scramble, web and neut.

The weakest Drifter cruisers and battleships do not have superweapons (Agreus Tyrannos, Orpheus Tyrannos). You can kill them on sight without worrying about doomsdays. However, even the weaker Drifters deal extremely high damage; the Agreus deals close to 2000 damage against 70% omni resists and the Orpheus deals close to 4500 damage per shot against the same resists.

The stronger Drifters (Metis Tyrannos/Tyrannos Navarkos, Cephisso Tyrannos/Tyrannos Polemos) have superweapons on them. To determine if a ship has a superweapon, open the ship's info page and search through the description for the weapon type. When the overshield is depleted the superweapon is fired on their currently aggressed target.

The superweapon is powerful enough to kill almost any subcapital ship in single hit. The weaker cruiser deals 102400 damage while the strongest battleship deals 512000 damage. Only well-tanked Marauders can withstand a superweapon hit.

To reliably kill Drifters you need to be able to avoid the damage from the superweapon.

The drifter AI prioritizes logi ship that does the most repairing. This can be used to force it to target specific ship. Logi cruiser with afterburner and signature reducing command burst effect orbiting at 500 meters can cause the superweapon to miss with decent success rate.

Arataka Research Consortium has done research on how to kill Drifters in Pochven. Their method uses afterburner fitted Scimitar to dodge the doomsday. You can read their research findings on Operational Manual: The Drifter Doomsday Challenge