The construction of the first Sansha Supercarrier is believed to have begun as early as ten decades ago, during the slow but steady resurgence of Nation forces in Stain. Various blueprints, technical documents and other evidence suggested a large-scale construction project, although a starship was not the primary suspicion at the time.

The exact technical specifications of the vessel remain unknown. Limited intelligence suggests improvements made to the jump drive calibrators, allowing unprecedented jump ranges, although this is currently unconfirmed.

The crew aboard these flagship vessels is constituted of civilians abducted during the initial planetary invasions. During one engagement with the flagship, segments of crew were ejected following an explosion deep inside the hull. DNA analyses of these crew members confirmed their origins.

Below is a list of enemies that spawn in this site. See Sansha's Manual for a full list of the incursion rats.

This is a generic kill order that works no matter what fleet you're running. Certain special doctrines or fleet compositions could change some things in order to optimize their fleet efficiency, so this isn't necessarily the only kill order, but it works.

As a general rule of thumb, if you cannot shoot the highest priority target due to low damage projection, move on to the next target you can actually hit. Just remember to switch back to a higher priority target if it moves into range later on. 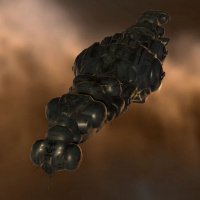