The UniWiki will soon be removing its repository of ship fittings. This notice is to provide you with an opportunity to save your favorite fits.

Half of the missions in this chapter are in the Nishah solar system, and only one is outside the Gebem constellation.

Begin the second chapter by reporting to your new agent in Nishah VII - Moon 5 - Kor-Azor Family Treasury. This mission can be accepted remotely. 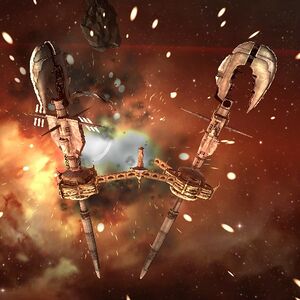 The last ship destroyed in Wave 6 completes the mission objective. 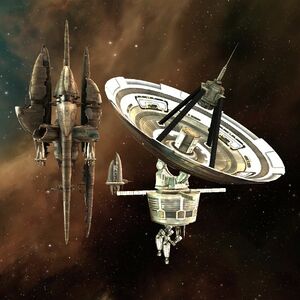 Single ungated pocket. The defenders are 100 km from warpin while the contianer is few kilometers away so you have time to hack the container before they even target you. 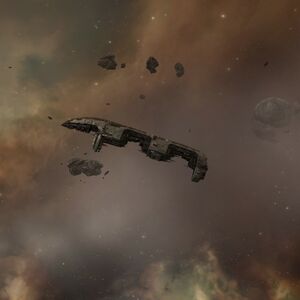 You'll be told to fly to an asteroid (about 20k away). Then you watch for a minute, and the mission completes. Do not engage any of the ships that appear. Bring a fast ship like a shuttle or a frigate.

Mission objective is completed after Lord Manik and the mercenary leave the area. 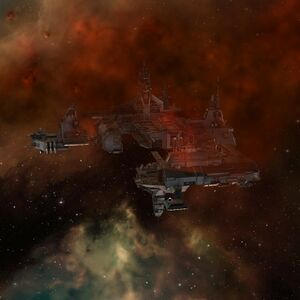 This mission can be accepted and completed remotely. Remember to switch resists modules for this mission or the incoming kinetic damage will hit to your resist hole. The battleships with higher bounty will deal much higher damage than the ones that have lower bounty so you should take them out asap.

You can warp to the warpin at range to avoid being webbed instantly. 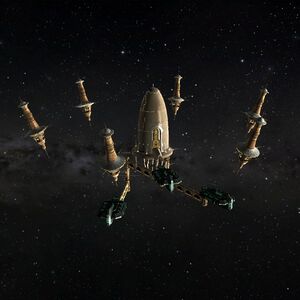 The destionation is Reteka (7 jumps).

This mission can be requested and accepted remotely.

Single gated deadspace pocket. Once all ships are destroyed the mission object drops near the Amarr chapel.

The last ship destroyed in each group will trigger the next wave.

If the mission is not completed within 30 minutes after Mina Darabi is collected, the following message will appear:

Approximately 5-10 seconds after that message appears, a new battle group will spawn. There are no bounties and relatively poor salvage from this spawn.

This spawn is incredibly strong. It is suggested that pilots bring additional fleet members with logistics. Ships do not award bounties, but may drop faction tags and loot/salvage. 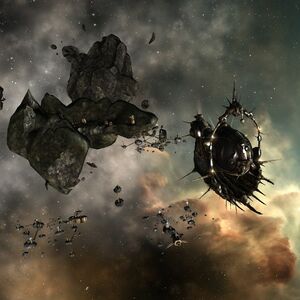 Bliz: Clear the warpin. In first room kill enough ships for your tank to sustain the incoming DPS. Do not trigger the additional spawns and blow up the structure. Proceed to last room, destroy the commander and grab Rahsa, Sansha Commander from the wreck.

Destroying Rahsa's Battleship completes the mission objective. Don't forget to grab the commander from the wreck.