From EVE University Wiki
Jump to: navigation, search
This article should be cleaned up or improved.
The reason is: Three probably dead links to documents. Can they be found somewhere else? 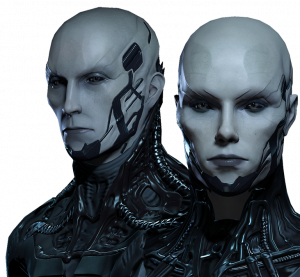 The Drifters faction has one member corp, the Vigilant Tyrannos corporation. Their CEO is Tyrannos Strategos and so far eleven other pilot names (twelve total) have been encountered:

These appear to be cruiser sized scout drones that operate in groups of four or five and scan all installations and ships in New Eden. They appear in all systems that have Jove Observatories in them and are generally not hostile unless attacked. There are exceptions to this: if you're near a Jove Observatory or a Drifter Wormhole and Autothysian Lancers or Drifter Battleships show up, they are likely to aggress you if you don't leave quickly. Once this happens, the drifters in that system can aggress you anywhere.[1] 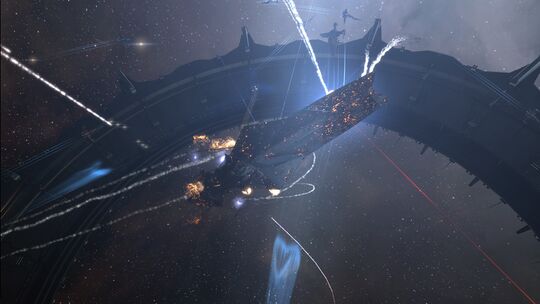 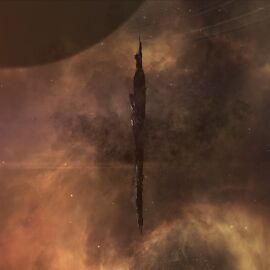 Drifters in Pochven differ in many ways to their K-Space counterparts. There are currently six types of Drifters that have been encountered in Pochven.

Agreus and Orpheus Tyrannos lack superweapons, while all other Drifters retain superweapons that fire on their currently aggressed target when the overshield is depleted.

All Drifters warp scramble at 7-14 km range, web at around 20 km, and neut at long ranges.

These Drifters all deal very high damage and should be avoided with extreme caution unless the pilot has a support fleet to back them up and are adequately prepared to take on Drifters. Inexperienced pilots will find taking on these Drifters to be extremely dangerous; engaging these ships often costs many players their own ships.

There are 5 known Drifters wormhole systems that are similar to shattered C2 wormholes with certain system effects. Although they are named by the typical J-type designations, they are often informally named after their predominant structure: Vidette, Redoubt, Sentinel, Barbican and Conflux. Note that the first four names suggest an advanced military fortification. In each system, both the main hive site and a Sisters of EVE Flotilla appear as beacons on the overview. All Drifter wormhole systems seem to have an unusually large number of connections (more than 60 have been observed in Sentinel in 2019 and more than 73 were seen in Redoubt in 2021) to known space (k-space) plus a C2-C2 static. K-space connections always appear in system with a Jove Observatory. Their k-space connections are quite different from all other wormholes however: 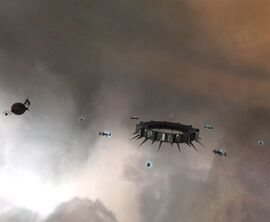 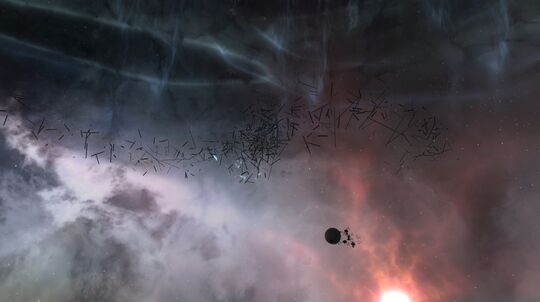 Arithmos Tyrannos, also known as the Drifter Response Battleship, spawns at end of sleeper site escalations in C5 and C6 wormholes. He needs to be pointed (with at least 4 points of scramble strength) to keep him from warping away and his ship contains most of the value of the escalation. Arithmos Tyrannos does not use a doomsday weapon but has a lot of HP and heavy energy neutralizing. In the past, Arithmos Tyrannos was commonly killed by luring him into attacking an anti-capital fit Astrahus, however as of early 2020 this strategy is no longer viable as his targeting priorities were updated. However, his extremely large signature radius leaves him vulnerable to other anti-capital weaponry.