The Angel Cartel Occupied Mining Colony is a Cosmic Signature of the DED Complex (rated 4/10) type, occupied by the Angel Cartel pirate faction. It can be found via exploration by probing in Highsec and Lowsec systems.

The site consists of a volume of space with an acceleration gate and contains various structures and their defending pirates. Using the gate allows access to other areas within the site. When attacked, the defenders may send multiple waves of reinforcements. Each group's appearance is triggered by the destruction of members of the previous group. The names and amount of ships listed may vary slightly, but will always be of Battlecruiser class or smaller.

This site's acceleration gate allows only Battlecruiser class ships or lower and their Tech 2 equivalents to enter the site.

(Note - Tech 3 cruisers are not supported by the entrance gate)

The NPCs are in two separate groups but aggro together shortly after warp-in. 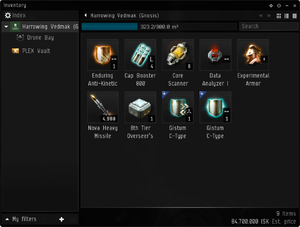 Example loot drop from this site 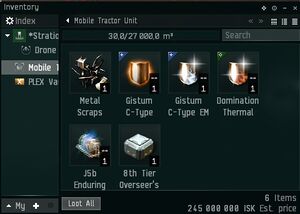 Music ('cause why not)