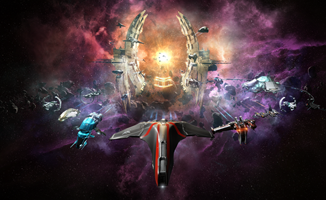 Researching The Rogues is a limited time event occurring from 23 September 2021 to 4 October 2021. The Association for Interdisciplinary Research has observed a concerning increase in rogue drone activity across New Eden and has asked capsuleers to investigate.

The event takes place across combat and exploration sites, with low sec variants being the hardest/most profitable. Daily Login Gifts are available to all capsuleers including skill points, new SKINs, and new limited-time AIR boosters.

Completing each of the initial challenges unlocks a repeatable version.

An event reward track is available in the Agency, awarding points to capsuleers who investigate these sites and offering even more boosters and a set of new AIR ship SKINs.

These sites are pre-scanned anomalies consisting of 3 pockets. It is possible to be webbed, scrammed and cap drained. The first only contains a gate to restrict access. The second contains waves of enemies, one which is pre-spawned, but not all of them need to be killed to unlock(technically spawn in) the gate for the final room. The final room contains a pre-spawned wave followed by 2 more, then the Colony Nest Overseer which may show up before you clear the previous wave.

The signature appears as a level III data site and requires a data analyzer. These sites are a single ungated pocket containing 1 data cache and no hostiles.

AIR Rogue Drone Researchers hacking sites can be probed down in Highsec, Lowsec, Nullsec, and w-space. These abandoned AIR observation posts contain valuable caches of information and resources that can be accessed with the help of a data analyzer module.