Shadow of the Serpent

Shadow of the Serpent is an event introduced with patch 118.6 and introduces a new campaign against the rising threat of the Serpentis organization. With the recent revelation of Serpentis Capital ships, CONCORD and the Empires see the organization as much more of a threat. The Scope act as a broker for capsuleers to find opportunities to contribute to the campaign.

This is to be the first in a sequence of events. 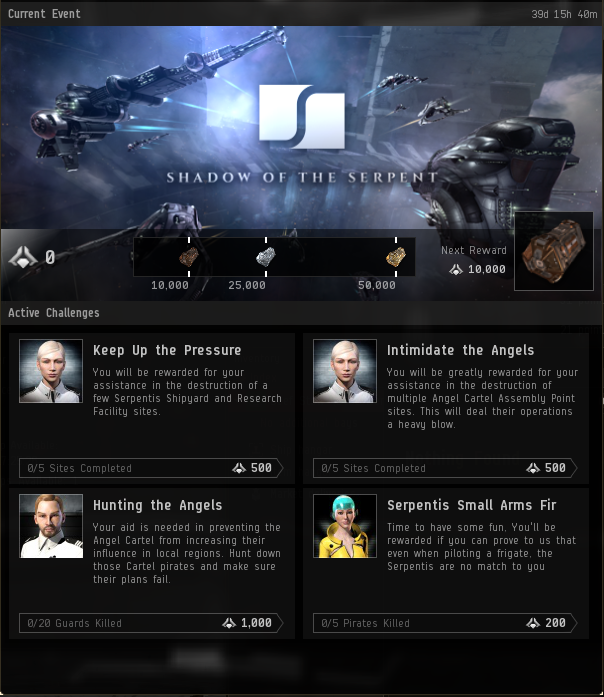 Capsuleers unlock rewards based on the points achieved from challenges.

Vehement blueprint copies may be found in Gold Containers.

Keep Up the Pressure

The following sites have been included for the Shadow of the Serpent event:

Roaming Serpentis and Angel Cartel Guards have been sighted at asteroid belts and stargates in High, Low, Null and Wormhole space.