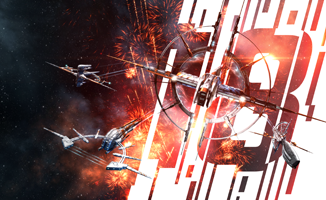 Capsuleer Day is celebration of EVE Online's birthday. On May 6th 2021 EVE Online celebrated its 18th birthday. This event is part of an annual Capsuleer Day event. The Capsuleer Day celebration ended on the May 18th 2021. During the event, the 2 special sites EoM Rogue Capital Shipyard and EoM Cyno Network Spoofing Facility were available.

The second and third waves for both rooms appear to be timed.

The easiest site is located in high-sec. Medium-difficulty sites can be found in null-sec and wormhole space, and the hardest, high-reward sites are found in low-sec. Expect around 300 DPS in High-sec sites, 400 in Null/W-Space, and 500 in Low-sec. Low and nullsec sites will have more enemies spawn (usually around 2 battlecruisers).

These data sites appear as cosmic signatures and require scanning with probes. All Sites have a scanning difficulty of 3 (around 62 Probe Strength). The site contains one hackable structure, which can be opened using a Data Analyzer and solving the hacking minigame. Failing the hack twice will destroy the structure.

The site has large collidable structure that is big enough to decloak ships anywhere near the hackable can.

Common loot from both site types:

Rare loot from both site types:

Completing event sites rewards players with points. At certain milestone numbers players will receive ship SKINs. These SKINs are directly redeemed to the character and can't be traded.

Daily login campaign runs from May 6th to may 18th. The SKIN rewards are redeemed directly to the character and can't be traded.