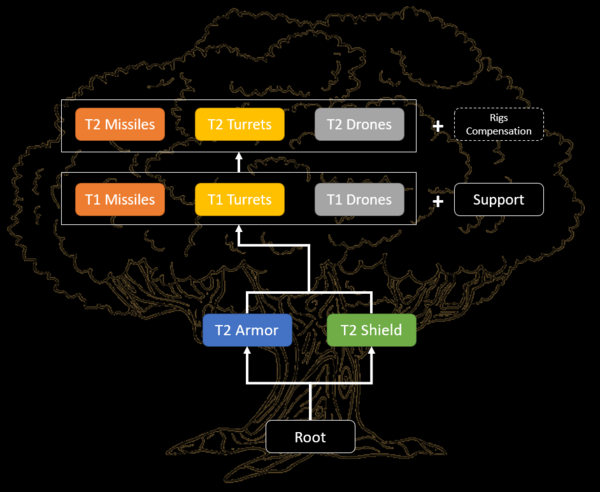 Evergreen Skill Plan is my take on skills that you should train in the beginning. Feel free to modify it according to your taste - I find it a bit better than Pyramid Skill Plan - it covers more or less the same skills, but in different order.

My general recommendation is to train Short Skill Plan, then Root skills. After that select your tank type and main weapon system, put both skill lists into queue, and start training from shortest skills - starting from short skills gives you the most gain in short time, and you'll gradually improve tank/weapon skills. You can also include Support skills list into that if you wish - I trained it after T2 tank. Later you can finish with T2 weapon support skills, and add Drones - for majority of ships at BC+ size drones are useful to have.

What these lists do not include, are skills for specific weapons - train them up to lvl III if you need them, to lvl V + Specialization if you really love them and they will become your main weapons. Don't be afraid to test different weapons systems - you might find that you prefer one over another. I also did not include ship skills - train them when you feel like flying different ships :)

Bottom line: If you need some skills to fly a new ship - train them and have fun, don't let this plan limit what you can do!

Root skills are almost the same as pyramid base - these skills are universally useful, I highly recommend training them first. I know that CPU/PG Management V are long trains, but this really opens up your fitting possibilities.

T2 Tank skills - you don't need to train both types of tanks in the beginning. If you focus mainly on one type of tank, feel free to ignore the second one, and train it later. T2 tank skills are very useful - I recommend having them trained when you start flying in BCs.

Skills for T2 Shield Tank. If you fly mainly shield tanked ships - it's a must [15d5h]

T1 Weapon systems - again, at first you do not have to train everything. If you choose one weapon system you like the most, train support skills for that system first. For Launchers and Turrets you also need to add specific skills - I have not included them here, since that depends a lot on your preference and play style.

Drone skills. Basic skillset useful for everyone - but check which size of drones is needed [9d19h]

Support skills. This list might grow, but in my opinion that's minimum of support skills you need - they are useful for all different ships and tasks, and having them will be beneficial.

T2 Wepons support skills - if you have found your favourite weapon system, train specific weapon skill to V, and then specialization - you will be able to use T2 variant of such weapon. Additionally, finish training support skill to lvl V. Below skill list do not contain every support skill - train to V if you wish :)

Missiles support skills. Train these if you go towards T2 launchers

Turret support skills. Train these if you go towards T2 turrets

Drones skills. Train these if you fly drone boat.

Rigs and Compensations skills get their own category. Most of them are not useful - for example EX shield amplifiers are almost not used, so it doesn't make sense to train them. If you use rigs from specific category (for example Shield rigs) - train these. The same with Compensation skills - if you use specific module (for example EM shield resistance amplifier is quite common) train only specific skill.

Rigging skills. Train them only if you use these rigs, and you have to - it doesn't matter otherwise

Compensation skills. Train them only if you use these modules, and you have to - it doesn't matter otherwise

Is that plan good? I don't really know. I find split for 2 different tank types and T1/T2 split of weapon systems to be eaiser to manage than pyramid. It's not complete - it does not include every skill (byt the time you are at that point, you should have good feeling what to train) and does not have EWAR/Tackle/Logi skills - by design, as I find their inclusion in basic skill plan for new players to be mistake. These skills are important - but I've seen new players training EWAR, because it's in the pyramid, before training any weapon skills - which is a mistake. If you want to specialize in these roles - Pyramid Skill Plan is your friend.

Cheap and easy to fly - for a L4 runner. Manages to run all L4s without big issues - some of them require manual flying, but nothing really bad should happen. Important to note - webs are super dangerous, as it relies heavily on speed tanking. 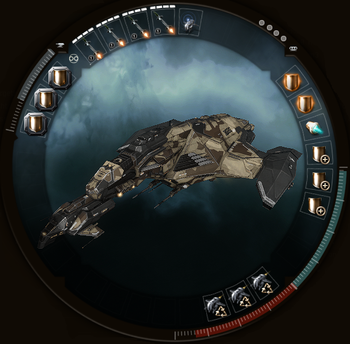 A bit of breakdown:

High slots: RLMLs - I use T2s, but you can load Arbalests if you don't have skills. On Gila missiles are used only to get frigates down - they have very low DPS compared to drones, so it's not super important. Link Augmentor I, as II will push CPU to dangerous areas.

Med slots: All dedicated to tank. Large Shield Extender IIs would be enough, but Caldari version uses less CPU, which helps. AB chosen to be cap stable - you can use any type, but cap stability is very important - you need to move fast all the time, otherwise you will have a bad day.

Low slots: All DPS. I considered briefly Federation variant, but that's bling for not much gain - in the end I skipped it. Take it if you want it.

Rigs: Unfortunately set of Purgers II is required to tank all L4s. Rather expensive, but take them, do not downgrade to Is

Drones: Sets of T2s - I prefer Vespas over all other types, as they have decent DPS, Kinetic is 'good enough' for missions, and Vespas are shield tanked - they survive almost anything.

Cargo: Same story - Kinetic is good enough, and carrying 4 types of missiles is cumbersome. Or I'm too lazy for it :P I usually use normal missiles or Furies, auto-targeting might be useful when damped/jammed - that rarely happens.

Other Notes: Fit is over CPU - I need EE-603 for it. If you want to avoid having implant, then Arbalests are required. Fit is perfectly fine with Navy Drones, and you can even Meta-down shield modules - but I would recommend taking Damage Control II in low slot. Overall if tank is not compromised, you will be fine in all missions - maybe slower with such changes. I tested all L4s with shield skills on IV - so max skills are not needed by any means.

I cannot leave that without reaction :) It looks like this:

That's a completely different beast. Active tank, to get 2 utility med slots, Heavy Missiles for more DPS, and bling all over the place, to make it fit on CPU. It also assumes you have at least Med-grade Hydra set (and High-grade being better) to fix application of missiles and drones and heavy missile hardwirings. It can spit out 916 DPS with Hammerheads and Fury missiles, has adequate tank and looks great in black SKIN. Costs 6 Billions together with implants, so be careful :P I do not recommend that ship, unless you obey rule 0 (Fly what you can afford to lose), and losing 2B ship and 4B pod is not a big deal for you.

For cheaper option (probably more reasonable too) swap Heavy Missiles to RLMLs - then you can take 3x DDA II in low slots, Drone Link Augmentor II in high slot, and replace sensor booster with Omni Tracking link - that way Hydras are not needed, and it uses up 99.37% of available CPU, which works ok. Also take T2 drones, not Augs. That lowers the price to 750-ish M, and DPS to 760.

Big, bad and ugly. This Machariel chews through rats, flies fast and is super fun to play. Probably overtanked, a bit blingy, requires EE-605. It's my second most used ship after Gila, but requires your attention - no coffee breaks during missions :)

Stupidly tanked Praxis, for running Epic Arcs. It can run all of them, doesn't require perfect skills (Shield skills at IV) and is designed to survive every mission in Epic Arcs. Some (Studio 1) are tricky, but all of them are doable solo. Tested here.

Additionally, you will need Atron (or other frigate) fit for sub-2s align and MWD in your frigate escape bay. With that set all Epic Arcs are yours :)

Cerberus - almost made, but lacking skills. Due to last changes without MWD, but with 100MN AB - should be fun when I finally build it.

Nighthawk - in plans, as a booster for mission fleets, and as a test 'How absurdly can you passive tank' - against Serpentis it has more than 1k EHP/s :D

Out of hundreds of screenshots, few of them are worth saving. Here they are.

Q-Click-Click, officially called 'using Approach hotkey' is superior way of manual piloting. It allows to manually go to any point in space, without moving your camera. This allows to move around grid with ease, while having good view of space around you.

How you do that?

As name suggest, you hold 'Q' (default keybind for 'Approach') and click twice.

2. First click determines your 'direction' and distance you want to travel, then you can select 'elevation' of your path. Notice how diameter of circle (distance) doesn't change.

4. Keep in mind - target point distance is set by first click - if you reach it, your ship will stop

5. Useful for aligning down the gates

6. If you hold Q and doubleclick on any object, you will start direct approach to that object

It requires getting used to - but is really great when it comes to manual piloting :)

It's a freeware software for screen capture - has many useful features, but I'll cover here simple setup to grab your screen :)

1. Go to https://obsproject.com/ and download OBS for your OS

3. Launch OBS - you will see that screen: (you can re-launch it via Tool -> Auto configuration wizard) 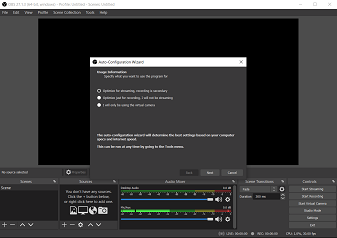 5. On next screen, select which resolution OSB should use. "Use Current" selects current screen settings, dropdown lists other options (other screens or resolutions)

7. IMPORTANT STEP - in mixer (middle bottom) mute your Mic/Aux - otherwise OBS will also capture your mic input. You can mute (or not) Desktop Audio - that's your audio output - it will contain game sounds, but also voice of others from mumble, so if you're in comms, mute that also 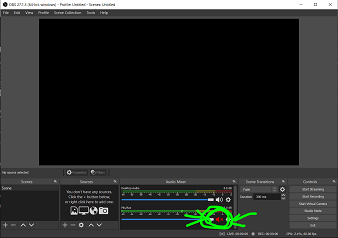 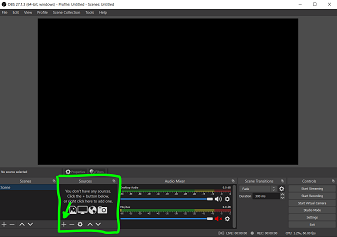 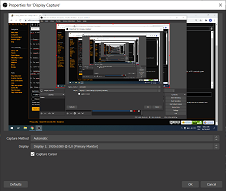 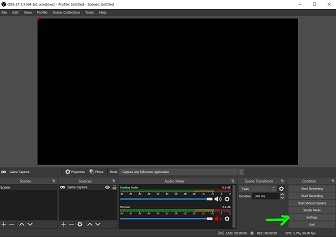 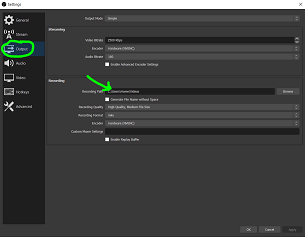 12. Done. When you press "Start Recording" it will record your screen, until you press stop :) Be careful though, as it will also record other things on your screen, like your desktop. Setting it up the so it won't is left as excercise to the reader :)